NCIS: Los Angeles returns with two new episodes on Sunday night, and fans need to be aware of the special start time. 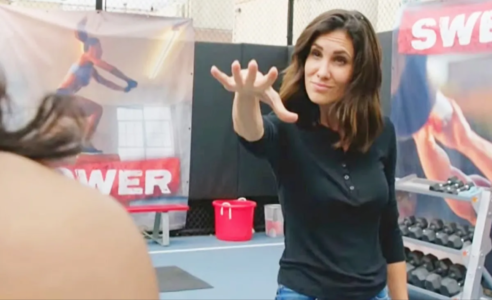 On the last episode of NCIS: LA, Kensi was abducted and the team had to go down to Mexico to rescue her. The impact of the episode will be felt by Kensi for a while, so any NCIS: LA fans who haven’t seen that episode yet should watch it on Paramount+.

The show took a week off after that episode and now it returns with two brand new episodes on the same night.

It’s going to be a nice treat for NCIS: LA fans on Sunday night, with the double-feature beginning at 8/7c on CBS.
NCIS: Los Angeles – Under the Influence and Where Loyalties Lie

“The NCIS team helps a U.S. ambassador search for her missing daughter, Gia (Caitlin Carmichael), a popular social media influencer. Also, Agent Aliyah De León returns to support the team with the case,” reads the synopsis for the NCIS: Los Angeles episode, Under the Influence.

“When a civilian scientist working with the marines is killed, and her advanced radar technology stolen, the NCIS team must scramble to find the missing technology and the culprit,” reads the synopsis for the NCIS: Los Angeles episode, Where Loyalties Lie.

The two new episodes arrive on Sunday, January 23, with Under the Influence airing at 8/7c and then Where Loyalties Lie debuting at 9/8c. These are episodes nine and ten from Season 13.

NCIS: Los Angeles Season 13 has been a bit disjointed

The current season of NCIS: Los Angeles has felt a bit disjointed and it hasn’t flowed very well with characters coming and going. When Callen was absent from an entire episode, it had NCIS: LA fans wondering if Chris O’Donnell left the show.
On another night, Daniela Ruah (she plays Kensi) was gone for an episode, leading to some questions about that character as well. All of this has been taking place with Hetty Lange (played by Linda Hunt) on another assignment, and the duo of Eric Beale (Barrett Foa) and Nell Jones (Renée Felice Smith) gone from the NCIS: Los Angeles cast.

And on the latest episode, NCIS Supervisory Special Agent Aliyah de León (played by Briana Marin) became more important to the show as Special Agent Fatima Namazi (Medalion Rahimi) continued to work through some things. While fresh faces to long-running dramas are always a good thing, so is giving main characters some linear storylines.

Hopefully, things even out in the back end of Season 13, and the fluidity leads to the network ordering NCIS: Los Angeles Season 14 for the next television season.

All episodes of the show are currently streamable through the Paramount+ application, so it’s easy to go back and watch some of the earlier seasons or to catch up on what has been taking place during NCIS: LA Season 13.

Below is a particular scene of importance from the current season that will be addressed again soon.