NCIS fans recently discussed some of their favorite musical moments in the show’s 19 season-long run. Just like any show, the score can really set the tone for a scene, and the soundtrack can really tell you a lot about where a character’s head is at. And NCIS has had a lot of different songs on its soundtrack. 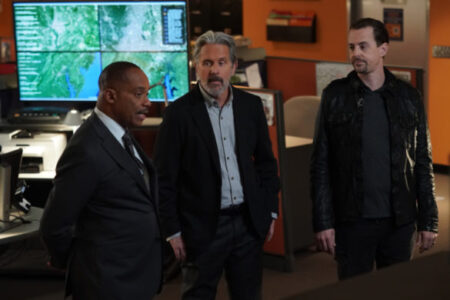 In a new Reddit thread called “Music Moments,” fans of the show compare their favorite songs NCIS has played.

“What’s ur favorite music from NCIS? Mine is Friction from imagine dragons and Kangaroo Cry,” one fan wrote.

Another fan doesn’t know much about the songs that play, but love what they’ve added to certain moments.

“1. I don’t know the song, but I like the music when Dorneget gets k******d. Not usually my style, but it fits the situation perfectly. 2. In Newborn King, Christmas music plays when Ziva fights the kidnapper while the lady has the baby,” the fan wrote.

Coincidentally, the song where Dorneget gets killed is, in fact, friction. So it seems like a lot of fans find that to be one of NCIS’s top use of song.

Another fan pointed out, however, that NCIS‘s song choice can be a bit “commercial.”

“I think the producers could have taken bigger risks and had more impact sometimes… I don’t want to hear the top 40s on my TV shows!” the fan writes.
The Upcoming Episode of ‘NCIS’ is Going to be an Emotional One

Most of the time, the show uses a song during its most emotional moments, so we may get one in tomorrow’s episode. Tomorrow’s episode will see the team investigate a case that takes them deep into the world of Cage fighting. And the Twitter account for the show has teased that Torres is going to struggle to keep his emotions in check.

Special agent Nick Torres, played by Wilmer Valderrama, is going to go undercover in this world. And actor Wilmer Valderrama has mentioned on Instagram that this is going to be a game-changing episode for Torres. It also happens to be one of the most challenging he’s ever shot.

“This episode was one of the most challenging and motivating I have ever shot at #NCIS, this will change everything.. and for Torres,” Valderrama wrote.

The episode will see Torres front and center while the rest of the team tries to support him as he goes undercover.

If you want to catch tomorrow’s NCIS episode, you can tune in tomorrow, Monday, January 24th at 9/8 central on CBS. Once this one has aired, that’ll be it for the show for a bit. NCIS is going on hiatus while the Winter Olympic games air and will be back in February.