‘NCIS’: The Best ‘Stand-Alone’ Episodes According to Fans

After 19 seasons on the air, there’s no doubt that “NCIS” has seen loads of well-written and received stand-alone episodes. That said, as we dive further into the hit series’ 19th season, fans have taken to social media to share some of the best “NCIS” stand-alone episodes. 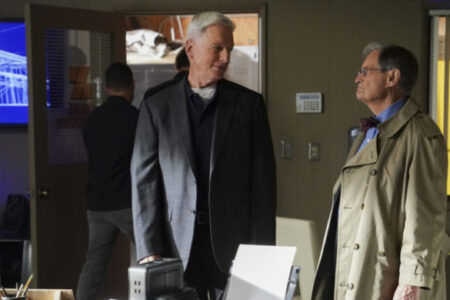 In referring to the procedural crime show’s “stand-alone” episodes, one Reddit user inquired what other fans’ favorite episodes were that could be watched and followed outside the context of the storyline across a particular season.

The post kicked off with the header, “Favorite stand-alone episode?” followed by, “Stand-alone as in you don’t have to have watched a whole season-long arc to get what’s going on.”

The user disqualified season finales as a choice. They reasoned you would need a significant amount of context to comprehend the full breadth of the episode’s storyline.

One fan honed in on season eight, episode 14, “A Man Walks Into a Bar…” This particular episode put a major focus on the inner workings of our favorite special agents’ minds and values. While the team investigates the d*****h of a Navy Commander, Dr. Rachel Cranston, a psychologist and, as we learn later in the episode, sister to deceased “NCIS” agent, Caitlin “Kate” Todd.

Others chose the “NCIS” season seven premiere, “Truth or Consequences.”

As the episode ensues, we watch as DiNozzo becomes captured by the same t******. Under truth serum, he explores the team’s dynamics. He labels McGee as “the brains,” Director Vance as “the politician,” and Gibbs as “the leader,” to name a few. Here, it also explores the team’s values and dynamics.

That said, however, fans had handfuls of favorite stand-alone episodes. For Outsiders interested in joining the conversation, be sure to check out the thread here.
One Character is Highly Underrated

“NCIS” actor Brian Dietzen has remained a critical cast member among the long-running show. However, prior to becoming a recurring face in the series’ opening credits, fans believed his character, Jimmy Palmer, remained a highly underrated character.

Long-time fans of the show will recall that Palmer has remained a prominent character among the “NCIS” team since his first appearance in season one. As he became further engrained within the team, Palmer’s appearances became more frequent and showrunners slowly added depth to the awkward, though entirely dependable character.

“NCIS” fans previously took to Reddit to explain why Palmer was previously so underrated.

One user wrote, as we know, that Palmer was definitely the most underrated character, followed with, “It took about a decade for anyone other than [D]ucky to really appreciate his hard work.”

The user further explained that as Palmer became more embedded within the proceedings of “NCIS” episodes, showrunners revealed the character to be an “emotional anchor” to the team. We also saw our favorite agents more frequently turning to the bespectacled character for advice when things went wrong.