There was an episode in “NCIS” season 9 that focused solely on Gibbs. Now that he’s gone, fans are going back and watching it, reliving the good times and the what-might-have-beens. 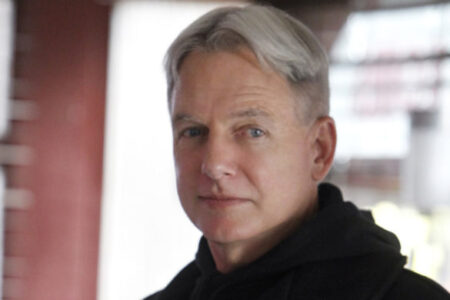 The episode, titled “Life Before His Eyes,” follows Gibbs as he goes to his favorite diner for a cup of coffee. While there, a hooded figure enters. Before Gibbs can draw his gun and shoot, the figure supposedly sh*****s Gibbs. His life flashes before his eyes. He sees all his big moments: arguing with his father; joining the Marines; meeting his future wife; his daughter’s birth; learning that they’ve both d****d; and many other moments that would stick out in a memory. Many of them involved the NCIS team in some way.

When Gibbs opens his eyes, the diner is filled with those friends and family who have died. His parents, his wife and daughter, his two nemeses, and his mentor are all there.

The episode also features things that could have happened had Kate not d*****d. Kate and Tony get married, and Ziva is there but she’s still a Mossad agent, and eventually is arrested by NCIS. He sees a future where he didn’t kill Pedro Hernandez for murdering his wife and child; he would have left NCIS and become a recluse and an alcoholic. Gibbs would have been totally broken had he not gotten revenge. Lastly, Shannon and Kelly show him the future where they don’t d**** at all; Gibbs stays a Marine and would have d**** overseas.
‘NCIS’ Fans Discuss Old Episode About Gibbs’ Life

The episode, which marks “NCIS” reaching 200, is all about choices. In the case of the day, Gibbs chooses not to help a man who k*****d his shipmates. It’s ultimately the man’s son who comes to shoot Gibbs. Additionally, McGee chooses not to relocate to Okinawa. He feels he still has good to do in Washington.

On a Reddit thread about the episode, a few fans got together to discuss its merits. One “NCIS” fan wrote, “That’s one of the show greatest episodes. It’s a really good anniversary episode, but also a great episode by its writing. It’s not just fan-service, it’s about Gibbs’s life and its importance.”

“Life Before His Eyes” was an anniversary episode meant as a thank you to fans for watching, as another fan wrote. It delved into the dichotomy of right and wrong, and of how our choices affect us and those around us. It was all about choice, and making decisions, right or wrong. It’s not like Gibbs made all the correct choices all the time; he explores his mistake with Kate’s d****h, and relives that trauma. He knows that if he had seen Ari sooner, she would be alive. But that moment in the episode helped him accept that he made the wrong choice, and move on.