When it comes to long-running shows, NCIS is one of the best. Now, the show has gotten so old that the next generation is coming. 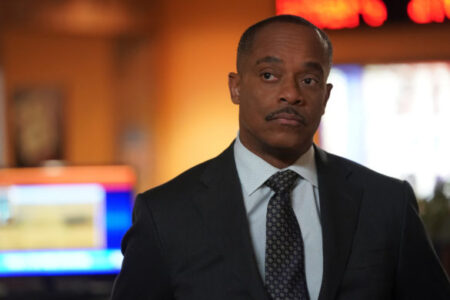 The NCIS team has changed a lot over the years. However, now it appears that one character’s daughter is going to get involved in the future. That is if the show continues on. This week’s episode revealed a small Easter egg that might come back around in the future.

Reddit user Sensitive_Suspect_69 pointed it out in the NCIS subreddit. “[Did] anyone catch the conversation with Vance and the DIA director in this week’s episode? Kayla is going to FLETC and is in training to be a federal agent. It’s only three or four seasons ago she was a kid being chased by a shooter and Gibbs saving her. Now she’s all grown up.”

There were fans in the replies that are all about a future where Kayla ends up on NCIS as a team member. “It seems like yesterday when she got into Georgetown, now all big, training at FLETC. Ahh, how time flies,” u/cosmojerk replied.

“Makes total sense,” u/hunnyjo said. “She can come get bad guys to honor her momma.”

If Kayla is able to make it through FLETC, would she want to join her father’s team? Also, would it be possible? She might join another agency that ends up working alongside the NCIS crew. This season has been full of change. Gibbs has moved on, Alden Parker has moved in and the team has found new dynamics.

As NCIS continues this season, will there be more changes? Season 19 is a big one. Because it has to be good enough to get a Season 20. Fans will have to wait for an announcement one way or another.
‘NCIS’ Star ‘Humbled’ by Fan Reactions This Week

One of the members of the team that fans are getting to know more and more is Nick Torres. The agent is played by Wilmer Valderrama and had a big role this week. The team came across a d****d Navy lieutenant and it led them to a cage fighting scene. Of course, someone had to go undercover. That’s where Torres comes in.

Fans loved the episode. Valderrama took to Instagram to thank fans for their responses and messages.

“I have been so humbled by all of your feedback on this Monday night episode… to my cast, producers, writers and crew… AND you our amazing fans… You all make me better, and your love will be met with the best of me,” the actor said.

NCIS like most network TV will be taking a break with the Winter Olympics coming up. So, hopefully, fans were able to enjoy the last episode and get their fix for the next few weeks.