‘NCIS’: How the Series Is Doing in the Wake of Mark Harmon’s Departure

It’s been four months since Mark Harmon left NCIS. And your favorite agents still are trying to find their footing in their post-Gibbs world. 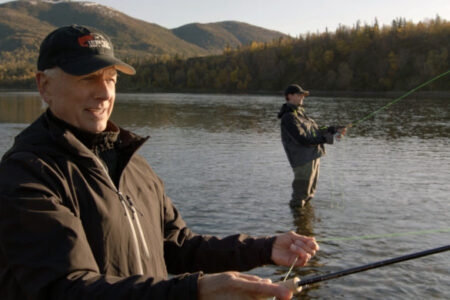 The ratings are holding steady. This past Monday’s new episode — “Fight or Flight” — drew an audience of 7.4 million. That represents the biggest audience for NCIS since Oct. 18. Coincidentally, that was the first episode with Gary Cole’s Alden Parker as special agent in charge.

So how is NCIS adapting without Gibbs? First, let’s take a step back and explain some of the back story. Harmon did a four-episode arc to kick off the 19th season. After he chased a hitman and figured out who was paying him, Gibbs made a decision about his complicated career. He and McGee, along with Parker, were in Alaska. Gibbs took McGee fishing, the way he and his own father did way back in the day. And he explained to McGee (Sean Murray) why he decided to stay in Alaska. McGee lost his mentor and a father figure, but so far he’s handled Gibbs’ absence.

You can’t say the same for Torres (Wilmer Valderrama). There now are questions as to whether Valderrama will be next to leave NCIS. Torres definitely is in a funk and we saw it all unfold in Monday’s “Fight or Flight.”

Torres was abruptly canceling plans with his office friends. He’s feeling paranoid, worried that Parker might fire him or Jess, his partner. He then volunteers to go undercover as a cage fighter at an underground kind of fight club. Torres’ first match was against a man who looked like he played middle linebacker in the NFL, so it almost appeared Torres had a d***h wish.

The agents figure out that Torres hasn’t been in a good place mentally since Gibbs left. Torres even told Jess: “We’re colleagues, we’re not friends. We’re supposed to have each other’s backs on the job, and that is it.”

So at the end of the episode, Jimmy talked to Torres.

“You feel abandoned, you feel left behind. Trust me, I do get that,” Jimmy said, who confessed that he still feels anger at his wife for dying.

“Sometimes people leave,” Jimmy said. “Even fathers. And it’s got nothing to do with you.”

Gradually, writers are defining Parker. He’s far more tech-savvy than Gibbs. His music tastes trend towards David Bowie. Parker, the former FBI agent, did some research on his new co-workers, discovering that both Jess and McGee were track stars back in the day.

Plus, Parker loves breakfast pastries, especially international ones, and brings the tasty treats to the office. And, Parker is old school with his Star Trek references. He even used the show’s iconic theme song to secretly identify himself as he was sending out an SOS.

NCIS still mentions Gibbs from time to time. He showed up as part of the plotline in the episode “Pledge of Allegiance.” That was the first NCIS episode after the holiday break. In the hour, both McGee and Jimmy received some mystery cash in their checking accounts. Turns out the money was from Gibbs. For years, he’d been helping finance the college funds to help out other agents. He did so in memory of his daughter.

So Gibbs is very much still part of NCIS, even when he’s no longer with his agents on screen.