‘NCIS’: When Will We Have an Official Renewal for Season 20?

Will “NCIS” get to stick around for another season or will the long-running drama series be put to rest at the end of season 19? 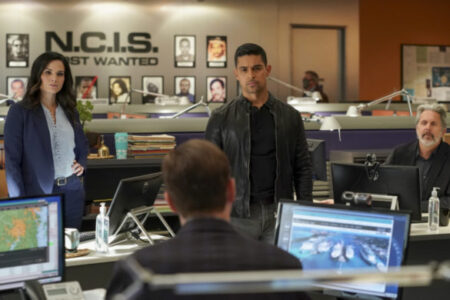 It’s a genuine question given recent events in the “NCIS” world. For starters, Mark Harmon has left the show. With no Gibbs leading the team, some fans have vowed it’s just not worth watching anymore. Despite this, ratings and viewership have remained high for the show.

Although some people have vowed to leave, we’re barely seeing a dip in viewers. For example, the last episode of “NCIS” drew in a total of 7.5 million live viewers. This is only about 200,000 less than Harmon’s last episode from earlier this season.

That means “NCIS” will most likely get renewed for season 20. The high ratings and the loyal viewership the show gets are usually enough to get a renewal. On top of that, both “NCIS: Los Angeles” and “NCIS: Hawai’i” could potentially see a dip in viewers if “NCIS” got canceled. So, since we are confident another season is coming, when will there be an announcement?

There likely won’t be anything official until April or May. CBS tends to announce renewals of several shows at once, take, for instance, “Bob Hearts Abishola,” “Ghosts,” and “The Neighborhood.”

If cancelation was on the horizon, we likely would have already heard the news. “NCIS” would have to start preparing to end the series after getting back from the hiatus.

According to TV Series Finale, the 19th season of the show averaged a 0.61 rating in the 18-49 demographic and 7.55 million total viewers. This is technically down by 25% in the demo compared to last season. These decent ratings likely spell out a renewal. Also, high-rated shows are renewed and low-rated ones are typically canceled.
‘NCIS’ Fans Debate Current Character’s Likability

Over the course of these 19 seasons (with more possibly on the way), fans have gotten used to a wide variety of different characters coming and going. Some are favorites that are missed dearly, such as Michael Weatherly and Pauley Perrette.

Others get mixed reviews from avid viewers. For example, some fans did not like Jennifer Esposito’s character on “NCIS,” especially since she got a lot of screen time but only stuck around for a single season.

Right now, viewers have been getting a little annoyed with Agent Torres, played by Wilmer Valderrama.

“I mean right from the start I didn’t like him. When he first joined the team, his character refused to conform to the team style of doing things. Then, after Tony left, it was painful to watch how his character turned into a “goofy” ladies man (aka a replacement Tony). Now we’re dealing with his BS of resenting Gibbs for retiring. It’s just getting really old for me,” wrote someone on Reddit.

Others, however, strongly disagree. Torres has gone through a lot, including d****h, loss, abandonment, and new surroundings. It makes sense that Gibbs leaving would impact him.

“I think they are patterning his current behavior after the fans of the show and their anger of Gibbs leaving. They have written the character as having a genuine case of abandonment and is trying to figure out how to deal with it,” wrote another person.