‘NCIS’ Fans Believe One Character’s Exit Was Too Abrupt

NCIS fans have had to deal with a lot of character exits over the years, but they felt one, in particular, was way too abrupt. Here’s the exit that had fans scratching their heads: 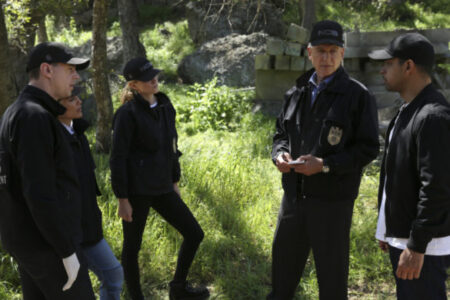 When Anthony DiNozzo departed, an agent by the name of Agent Quinn took his place. But she left the show incredibly suddenly, with little explanation. The season 14 plotline still confuses some fans in the rewatch. Played by none other than Jennifer Esposito, Agent Quinn was introduced in season 14, episode 1.

NCIS sunk a ton of time into her character, and fans were surprised that they built her up so much only for her to leave the show after one season. In a recent Reddit thread, fans debated whether or not it was a good move to give her so much backstory before realizing she wasn’t going to be on the show.
Fans Found Her Character Building Excessive For How Little Time She Spent on the Show

“Am I the only one that is still irritated by the fact that they gave Jennifer Esposito so much script time building up her character when she hadnt been with a show for more than one season in something like 10-12 years at that point?” one fan wrote. “Seems like they could have waited until they knew she might actually be staying before they really pushed her character. She had a long history of one season and gone in shows.”

But other fans actually liked what they did with the character, and didn’t mind that she left the show so soon.

“I get more pissed when they give less script,” one fan admitted. That’s certainly been the case for other characters that have joined the series, so they definitely have a point.

But all that character building doesn’t mean much if the character isn’t likable.

“Her character was really annoying, and having so much of her was tiring and made it hard to watch the show,” one fan wrote.
‘NCIS’ Recently Saw Two Huge Exits

While Agent Quinn’s exit may have felt annoying and abrupt, it was a lot easier to deal with than the exits of Agent Bishop actress Emily Wickersham and Agent Gibbs actor Mark Harmon.

Emily Wickersham announced her exit from the series following the season 18 finale last year. The actress expressed her gratitude for her years on the show, and fans were sad to see her go. They had gotten quite used to agent Bishop’s presence. And many were upset to see the way she left things with Torres.

But Mark Harmon’s exit was truly jarring. The actor had been on the show since its early years, and fans were shocked to see him go.

Still, the show has moved on without these two main characters, and is still doing incredibly well in the ratings. It’s currently on Hiatus, but if you want to catch up, you can stream the show on Paramount +