‘NCIS: Los Angeles’: Here’s Why the Schedule Is Tricky

Ever since the new year, NCIS: Los Angeles has been sporadic, to say the least. Well, we’re now in the midst of yet another hiatus. 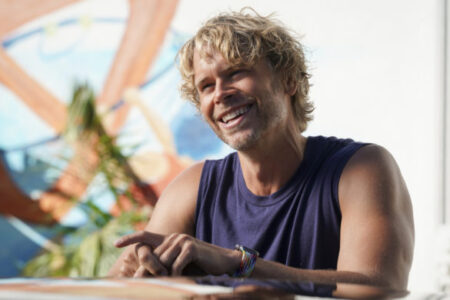 This is an unusual winter/spring TV season. And, it’s basically all because of the Winter Olympics. This week, there could have been a new episode. However, with the Rams and 49ers game playing on Fox at the same time, CBS didn’t want to risk anything. The ratings would have taken a big hit likely due to the game.

So, fans are still waiting. The Winter Olympics are going to provide the same issue throughout most of February. With all of the vents, folks will be tuning in to what is going on in the snow rather than network TV. While that isn’t going to be a comforting answer for anyone who is wanting to see new episodes next week, that’s just how it is.

When the show does return, expect it to be around February 27. If all goes as planned, that seems like the best time for NCIS: Los Angeles to return. Fans should look forward to the date, because if the original programming plan has just been delayed, then there will be two new episodes on the same night. Originally scheduled for January 23, Episodes 9 and 10 will be worth the wait when the show returns.
‘NCIS: Los Angeles’ Double Episode Breakdown

As fans prepare to wait almost another month for new episodes, NCIS: Los Angeles has put out some information about the new episodes. So, we have some kind of idea about what to expect. There is a lot to be answered this season. So, will these episodes give us closure on anything?

Episode 9, Under the Influence, involves a search and rescue mission. The synopsis says, “The NCIS team helps a U.S. ambassador search for her missing daughter, Gia, a popular social media influencer.” There is also going to be a plot point that involves Agent Aliyah De León making a return to the show. She is going to be supporting the team with the case.

Then, NCIS: Los Angeles is going to go into Episode 10, that is if they have the same plan as the original schedule for January 23. “When a civilian scientist working with the marines is killed,” the synopsis reads. “And her advanced radar technology stolen, the NCIS team must scramble to find the missing technology and the culprit.”

There has been a lot that has held the show back this season. NFL games, the Winter Olympics, and production delays due to COVID-19. Again, these episodes were supposed to air on the same night. With the delay in the season, it makes sense that CBS would try to keep that schedule on February 27. However, nothing is for sure. We’ll make sure to keep you updated, Outsiders.