NCIS: New Orleans actor Scott Bakula almost starred in a bizarre ongoing Magnum, P.I. crossover. Looking back, it’s probably good that it never happened. But we kind of wish it had. 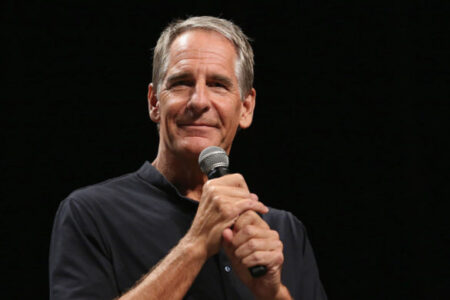 In the early 1990s, Magnum, P.I. had already ended and Quantum Leap was struggling to survive. And since both series were created by the legendary Donald Bellisario, he hatched a plan to keep the latter running.

And his idea was to blend the two universes.

In Quantum Leap, Dr. Sam Beckett finds himself in the middle of a government experiment gone wrong when he travels through time and can’t make his way back to the present day. And while he’s stuck in the past, Sam “leaps” into other people’s bodies to solve crimes or make them never happen.

When Magnum was on the air, it enjoyed many successful crossover events. And on top of it, the series ended long before the ratings began to drop. So Bellisario considered having Dr. Beckett leap into Magnum’s body. But instead of sticking with the private investigator for one just episode, he’d stay in his body for a while—maybe even forever.

That way, Quantum Leap could renew for another season or two while effectively being Magnum, P.I. Confused? Yeah, we are, too.

Donald Bellisario went as far as shooting a few test scenes with Scott Bakula wearing Magnum’s iconic Hawaiian shirt and short shorts. But in the end, he decided to scrap the idea altogether.

Quantum Leap did manage to renew for one more season. But instead of living as the smooth-talking detective, Dr. Beckett jumped into the body of Lee Harvey Oswald.
‘NCIS: New Orleans’ Alum Scott Bakula May Reprise Role for ‘Quantum Leap’ Revival

Perhaps Donald Bellisario had a hard time keeping Quantum Leap afloat back in the 1990s. But the series definitely aged well because a reboot is currently in pre-production. And Scott Bakula may reprise his role.

According to Deadline, the original network, NBC, gave the green light to the revamped series this month.

In the new version, Dr. Sam Beckett is living in current times. And a new team of scientists is assembled to study the mysteries that surround the decades-old accelerator.

Bakula’s most recent show— NCIS: New Orleans— ended last year. And the actor hasn’t picked up a new series yet. So he’s open to the idea of getting back into Quantum Leap.

However, he’s not willing to commit to the show until the creators work out all the kinks.

“I don’t know what it would be,” he said on Bob Saget’s podcast in September. ” I don’t know who would have it. The rights were a mess for years. I don’t know if they’re even sorted out now. That’s always been the biggest complication.”