‘NCIS’ Has Big Plans for Meredith Eaton’s Season 19 Return: Everything to Know

“NCIS” is throwing quite the “welcome back” party for one former character. 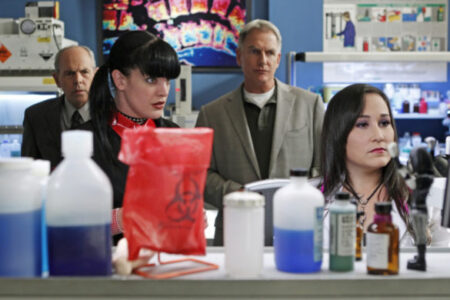 During the last few seasons of “NCIS,” we’ve gotten more used to saying goodbye to characters than saying hello. For example, earlier this season we were forced to part ways with Gibbs. Then, the season before that, Emily Wickersham’s Agent Bishop.

Now, however, a former guest star is returning for another appearance during Season 19. Meredith Eaton had appeared in three different episodes of “NCIS.” Her very first appearance was in Season 7 as an immunologist named Carol Wilson. She continued as this persona in both Season 9 and then Season 11 in 2013.

She also happened to appear during the very first season of the now-canceled series, “NCIS: New Orleans.” Now, Executive Producer Steven D. Binder has told TV Insider that she is coming back to assist the team. This time, the biggest difference is Gary Cole’s Agent Parker is the leader.

“We’re beyond excited to be able to work with Meredith Eaton again. She’s an amazing actor, who brings a wonderful energy to our show. Since her last guest appearance in Season 11, we’ve been chomping at the bit to have her back whenever her schedule allowed. And now, with the team desperately needing the help of an expert immunologist, who better than Meredith’s beloved ‘Carol Wilson’ to come and save the day? The only real question is, will she be in time?” Binder told the news outlet.

Although it’s exciting to see Eaton again, her character may not bring the best news for the team. She is an immunologist, after all. Her return seemed inevitable due to her popularity.

Fortunately, you won’t have to wait long to see her on the screen. Brian Dietzen, who plays Jimmy Palmer, confirmed on Twitter that she will appear in the very next episode once the show returns from hiatus. It will return after the Olympics are over, which likely means February 28.

The news of her “NCIS” appearance was first revealed when Dietzen posted a photo alongside Eaton and Wilmer Valderrama. “Sometimes you get to write something for tv. And sometimes that means you get to hang out with friends you haven’t seen in far too long. So happy you’re here @themereaton!” he wrote on Instagram. Dietzen also co-wrote this episode.

In addition to playing Carol Wilson, Eaton also started playing the role of Matty Webber on “MacGyver” starting in 2017.

Perhaps the most exciting news in the “NCIS” world is the fact that a crossover is on the horizon. “NCIS” and “NCIS: Hawai’i” will cross paths at the very end of the season. In the meantime, we also saw a fun connection between Gibbs and Jane Tennant in a recent episode of “NCIS: Hawai’i.” The “NCIS” crossover will be on Monday, March 28.