‘NCIS’ Once Featured the Star of a Popular Horror Blockbuster

This horror film actor is a recurring guest star on Season 10 of NCIS. Keep reading to find out who it is. 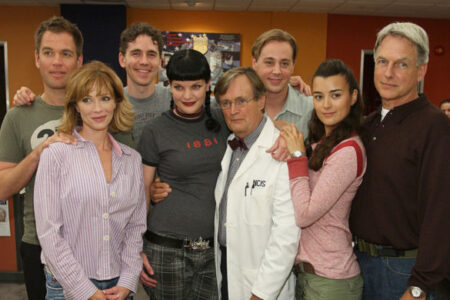 NCIS loves featuring special guest stars. Whether they are Hollywood legends or acting newbies, the procedural is always introducing new characters. One of these actors given a recurring role is Oded Fehr, who plays Ilan Bodnar.

Fehr is an experienced actor, credited for over 70 film and television credits on his iMDb page. Fans know him for his portrayal of Ardeth Bay in The Mummy and The Mummy Returns. These blockbuster hits are not his only career highlights, however. He plays Carlos Olivera in Resident Evil: Retribution as well as Admiral Charles Vance in the recent Star Trek: Discovery series.

The actor’s role on NCIS is the deputy director of Mossad. He appears on four episodes of the CBS drama, all during Season 10. His character, Ilan Bodnar, has quite the character arc. He is first introduced as an ally to the NCIS team. Aiding in their search of his assassinated boss, he appears quite innocent at first. As the season unravels, it is revealed that Bodnar was behind his d****h all along.

After various escapes and attempts to k*** members of the team, Bodnar is killed on Episode 22 of Season 10. The intense seen shows Ziva throwing him off the side of a ship.

Watch the clip of Fehr’s final appearance below.

Fans are sad to hear that Mark Harmon is turning in his NCIS badges. The 70-year old actor has been a staple to the cast since the beginning. His final appearance on the show occurs on the October 11th episode of season 19.

There is still hope that the actor will return to the procedural at some point. Showrunner and executive producer Steve Binder says that he may make an appearance in the future.

“As an executive producer and dear friend, Mark continues to be an integral part of the fabric of the show,” he says. “Our north star has always been staying true to our characters, and that truth has always guided the stories we tell and where those characters go. So regarding the future of Gibbs, as long-time fans of the show may have noticed over the years … never count Leroy Jethro Gibbs out.”

As Binder notes, Harmon is also an executive producer of NCIS. While he may not be on-screen, the actor is still making his mark on the series behind-the-scenes. Kelly Kahl, president of CBS Entertainment, says that the production team is going with the flow.