It’s hard to argue that “NCIS” is a pretty successful television series. With nineteen years of colorful characters, creative storylines, and brilliant minds, the CBS series has done pretty well. 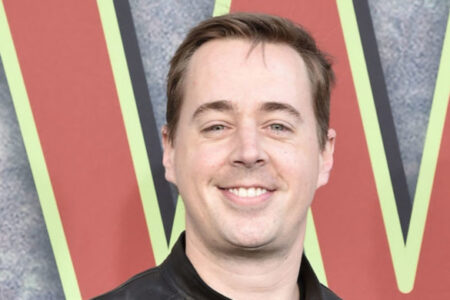 For longtime fans of the series, it’s not be unnatural a want to re-watch past seasons. Thankfully, there are 426 episodes and multiple streaming services to choose from.

Unlike the cast of another popular crime series, “Criminal Minds,” much of the original “NCIS” team is still together. Although every season of the series has many memorable moments, Season 8 makes sure to never let audiences forget.

In the season’s opening episode, “Spider and Fly,” the team deals with the Reynosa Cartel and it put in danger. The season also included an appearance from Tony DiNozzo Sr. (Robert Wagner) in an episode. However, it’s been said that Season 8 episode 13 takes things a bit too far. This intense scene involves Special Agent Timothy McGee (Sean Murray).
The Disappointing ‘NCIS’ Identity Thief Ending

In the episode, “Freedom,” McGee becomes the victim of identity theft. The NCIS agent discovers that he’s out ten grand. Apparently, someone made multiple credit card charges for inflatable blow-up dolls, video games, and comic books. Sounds like a teenager is trying to spice up his life a little, which turns out to be true.

The identity thief is Nick Miller (Aramis Knight), the young son of McGee’s landlord, who swiped her keys, went into McGee’s place, and took his credit card. When Nick confronts McGee, he explains he only did it for McGee. He apparently felt that the agent wasn’t having enough fun with life. I mean, there are ways to have fun without committing a crime, kid.

The episode ends with a scene where McGee, DiNozzo, and Nick are in an elevator excitedly heading towards GameStop. McGee tells Nick owes him at least 50 bucks for the minimum fraud charges. However, Nick has an attitude and says, “Talk to my mom, bro.”

In the end, the ungrateful teen shows no remorse for his crime, nor does he receive any punishment. The NCIS agents end up living with the fact that Nick racked up $10,000 in fraudulent charges. Yeah, heck no. The kids definitely should’ve spent some time in juvie.
How ‘NCIS’ Handled the Departure of Leroy Gibbs

In one of the biggest recent TV exits, actor Mark Harmon left the CBS series, “NCIS” four episodes into the current season. Instead of returning to work after being indefinitely suspended, Gibbs chose to stay in Alaska after finishing up a case.

It was suggested that Special Agent Timothy McGee would take over as the leader. However, he turned it down. The job ended up going to the agent who was fired from the FBI for not arresting Gibbs (Mark Harmon), Aldean Parker (Gary Cole).

After 19 years and seasons on the show, it’ll likely be weird not to have Mark Harmon on “NCIS.” It definitely hurt to hear Special Agent Nick Torres (Wilmer Valderrama) say, “This isn’t Gibbs’ team anymore, is it?”