MICHAEL WEATHERLY’S legal drama Bull has been canceled, which fans are hoping means a return of NCIS.

Michael Weatherly played fan favorite Agent Tony DiNozzo for 13 years before leaving NCIS in January 2016. Soon after, the actor landed his own CBS show, Bull, in which he plays Dr. Jason Bull, a psychologist and trial-science expert. Despite the fact that the legal series continues to perform well in the ratings, the network has announced that it will be ending this year.

Bull’s sixth season, which is currently airing on CBS, will come to an end.

There are only 12 episodes left, with the finale set to air sometime in May.

“It’s been my privilege to play Dr Jason Bull, but after 6 Seasons of incredible storylines, I’ve decided it’s time to pursue new creative challenges and bring his story to a close,” said lead star Weatherly on Twitter. 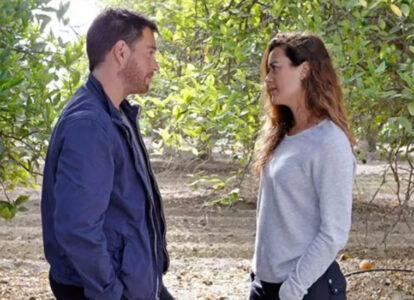 “It has been a privilege to work with this talented cast, crew, and writing/producing team who helped reinvent the legal drama.” Keep an eye out for a big series finale.”

While the announcement was made recently, Weatherly would have informed the show’s creators of his intention to leave months ago.

Weatherly has been sending out cryptic tweets and pictures for quite some time, implying that he is returning to the show that catapulted him to fame, NCIS.

He posted a picture of himself as Agent DiNozzo with the mysterious caption: “This guy woke me up this morning.” Then I realized it had all been a dream.

“He couldn’t get Gibbs off his mind.” As well as his shoulder holster. “The #ncis dream”

A few weeks later, he shared a lighthearted video of himself interrogating a Christmas tree while wearing an NCIS cap.

Weatherly has also expressed admiration for his former co-stars, mentioning watching a re-run of an NCIS episode and describing actor Sean Murray as “perfect.” 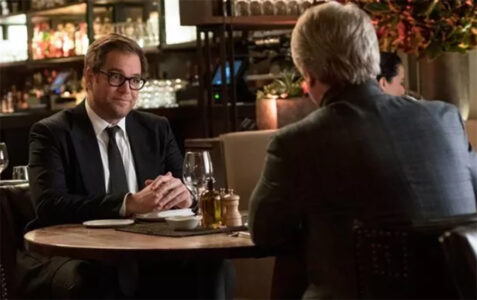 So there is clearly no bad blood between himself and the show, and he has stated on several occasions that he would be willing to make a comeback.

Weatherly also tweeted in 2018: “I will always be ready to play DiNozzo when the time comes.”

However, the main reason he left the CBS drama was due to the departure of Ziva David actress Cote de Pablo a few years prior.

At a Television Critics Association event in 2016, he discussed how important DiNozzo’s relationship with Ziva “had gone.”

While Ziva did briefly return to the drama at the end of Series 16, the show’s creators have stated that she will not be returning anytime soon.

In 2020, NCIS co-showrunner Steven D Binder told TV Line: “We’ve really played all of the cards there are to play [with Ziva], so we don’t have any plans right now. However, we are always willing to consider it.”

So, with Ziva out of the picture for the time being, and based on his previous statement about why he left, it doesn’t appear that Weatherly will be returning anytime soon.

However, that doesn’t rule out the possibility of a DiNozzo and David spin-off in which their characters are reunited onscreen but away from the usual drama of NCIS.

So, could Paramount+ make room for an NCIS spin-off starring the adored cr1me-fighting duo?

There has been no confirmation of a spin-off starring Weatherly and de Pablo as of yet.

Nonetheless, there has been no word on what the two former NCIS stars have planned for the future.

So, now that Bull has been canceled, the actors may have more time to investigate this potential new direction.