It doesn’t matter the c****e. You name it, Outsiders, they’ve got it under control. The cast of NCIS has been taking care of business for nearly 20 years. 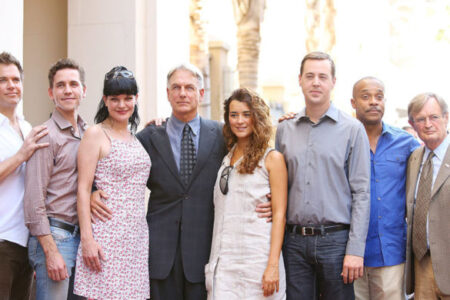 That’s right, folks. NCIS has been going strong since way back in 2003. During that time, the military crime drama has watched as its characters have grown and changed. We’ve said hello to some new cast members and we’ve said goodbye to others. All in all, it has been a treat to watch it all unfold over the last 18 years.

It seems like fans online would agree with that sentiment. One NCIS fan took to the show’s official Reddit community to make a post highlighting just how much the characters have changed. In a post titled, “How the actors changed”, Reddit user cloudsandtreks shares their thoughts.

“I’m still in [season] 8 and first time watcher,” the post begins. “Few things that stand out for me are definitely the Ziva and Tony tease that goes on. I think Abby character can somehow be more personal. They did tug a little with the scientist student m*****r but I think so far her arc was never fully developed. Still lovable. But God how much have the actors changed from the first episode???!!!”

The Reddit user then dives into each character and the changes they’ve noticed over the first several seasons.

“Tony for one put on weight and is definitely changed. McGee lost that chubby baby fat already and has faint lines coming up. Palmer starting to look old-er and Abby somehow doesn’t change. Maybe her hair covering half her face (haha).”

As for Special Agent Leroy Jethro Gibbs, it’s like he hasn’t aged a day since the show first began. It’s almost as if the man who plays him, Mark Harmon, is immune to the human aging process.

“But but but….. Gibbs hasn’t changed a bit somehow he maintained it. Maybe he already had all the lines so didn’t get more noticeable later for us. Hmm, will keep watching.”
‘NCIS’ Fans Respond to Reddit Post

NCIS fans to mess around when it comes to their favorite characters. They notice all of the subtle details and changes that take place from season to season. One fan of the show responded to the Reddit post with their own thoughts on how the characters have changegd over the years.

“Abby used to wear darker lipstick and had a more gravely voice which I liked. Pauley said she damaged her voice singing which is why it was like that, but she’s now recovered. I feel Ziva used to be more ‘s****l’ in a way, the ‘screamer’ comments and such. They toned that down. McGee used to get more flustered I feel, which made him more geeky and adorable. He seems to be more sure of himself these days.”

Meanwhile, another fan left a comment saying what we were all thinking.

“The changing actors are what keep the show going.”