Blue Bloods: Why Didn’t Everyone Love Erin in the 250th Episode..?

Blue Bloods fans weighed in on Erin’s behavior in “Cold Comfort” on Reddit. They emphasized the double standard at work – if an older male boss did to a younger female coworker what Erin did to Anthony, he’d be fired – and suggested that Erin and Anthony had become “enmeshed.” Furthermore, they stated that “Erin is not the easiest character to like.”

Was Erin acting inappropriately? And what’s the real reason for her recent behavior toward Anthony?
Fans of Blue Bloods were dissatisfied with Erin’s behavior.

While some fans pointed out that Erin and Anthony have been described as best friends, and Anthony has told Erin’s ex to stay away from her, the majority of viewers agreed that Erin’s behavior in the 250th episode was downright unlikeable. And it begs the question of what kind of D.A. she would be – whether that level of authority should be delegated to her, and whether she would be able to form the necessary friendships to be effective in the role.

“I think it was important to see her character fail like that,” one fan wrote. “She can’t always trust her instincts, and her perseverance can be misguided.” She can’t use her position to settle matters of personal interest.” 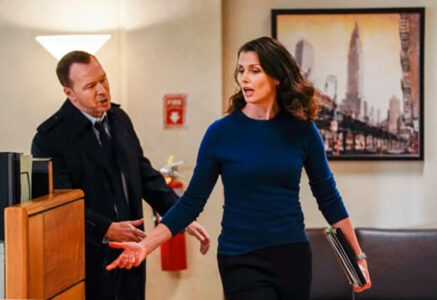 “[Three] seasons ago, Anthony told Jack to stay away from Erin, and he has repeatedly disobeyed her orders.” Another fan argued that “they both haven’t been very good at maintaining professional boundaries.” “I don’t believe they have romantic feelings for each other and instead see each other as partners and family.” Erin definitely overstep[ped] and hopefully this will help them form more respectful boundaries.”

“Her behavior was strange,” said yet another admirer. “We know they’ll never romantically pair her and Anthony. She, on the other hand, was acting enviously. The other weird thing was the idea that she and Anthony are best friends. I guess this goes back to when Erin first considered running for DA and the consultant realized that Erin has no friends.”
Is Erin destined for the position of D.A. or for trouble?

Will Erin’s insecurities prevent her from running for D.A.? And, more importantly, will they lead her down a path that will land her in professional trouble, as her surveillance of Anthony suggested?

Erin appeared to have learned a lesson from Friday’s episode, but it remains to be seen whether the experience will provide her with the personal growth she needs to become a more mature person. With fans dissatisfied with her recent performance, Erin will have to make up for lost ground in the future.

Find out what happens to Erin and the rest of the Reagan family on CBS on Fridays at 10 p.m. ET.