NCIS season 19 will not be back for the latest episode once again due to scheduling shake-ups. 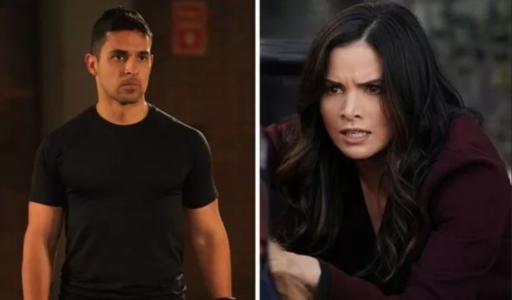 NCIS season 19 will go down in the show’s history as the series when Agent Leroy Gibbs (played by Mark Harmon) left the team. After being suspended and working on a serial k***** case that led him to Alaska, Gibbs decided to not return to NCIS and instead stay there where he felt most at peace. The CBS drama has since continued to go on without him but hasn’t been on our screens as of late.
NCIS was last seen on Monday, January 24, for season 19, episode 12, Fight or Flight.

This episode zoomed in on Agent Nick Torres (Wilmer Valderrama) who was clearly struggling with the major changes in the team.

He had been distancing himself from the other agents since Gibbs left and no longer wanted to call them friends but colleagues.

Torres even put his own life at risk during an investigation as he got into a cage fighting ring, no longer caring what happened to him. Thankfully, Torres won the fight but was battered and bruised afterwards so went to chief medical examiner Jimmy Palmer (Brian Dietzen) for some TLC.

Palmer explained how he had been angry at his wife Breena Palmer (Michelle Pierce) for dying which he knew was irrational but understood how Torres felt.

“Sometimes people leave. Even fathers. And it’s got nothing to do with you”, Palmer kindly told Torres.

While he seemed to take this on board, this is most likely going to be an ongoing storyline for Torres as he tries to get used to life without Gibbs and Agent Ellie Bishop (Emily Wickersham) who he kissed in the season 18 finale. Fans are now excited for NCIS to pick up from where it left off with season 19’s 13th episode.

The drama was supposed to air this next instalment on Monday, January 31, but it wasn’t shown.

NCIS isn’t going to be back with the new episode tonight [Monday, February 7] either.

Much like the rest of the NCIS franchise and other CBS shows, there will be a long wait until its return.
CBS has shaken up its usual schedule to make way for the Winter Olympics 2022 in Beijing.

Shows have delayed in order to show more coverage of the international games but when will NCIS be back?

As of yet, an official return date hasn’t been announced but the Olympics will be coming to an end on Sunday, February 20.

Spin-off NCIS Hawaii is returning a week later on Monday, February 28, and as the shows typically have coinciding release dates, this is most likely when NCIS will also return.
Season 19, episode 13 is going to be a memorable one for the drama as it will be the first time Palmer actor Brian Dietzen’s has co-written a script.

The episode will also see the return of CDC Immunologist Carol Wilson (Meredith Eaton) who was a friend of Abby Sciuto (Pauley Perrette).

She hasn’t been seen since season 11 so what will bring her back to NCIS?

NCIS season 19 is available to watch on CBS in America. A UK release date hasn’t yet been announced.