Would NCIS have become the multi-decade phenomenon that we know today if the show’s star, Mark Harmon, left after just three seasons? 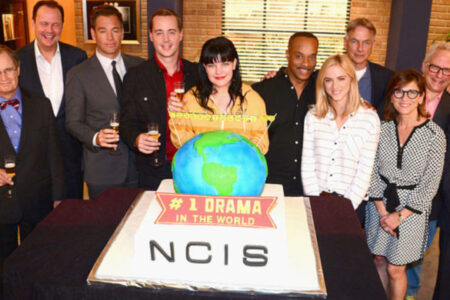 Harmon just exited the show after a staggering 18 seasons. And although its popularity has slowed in recent years, NCIS’s sheer longevity is a testament to the actors and producers.

Throughout the series’ run on CBS, various stars like Michael Weatherly and Cote de Pablo have added depth and intrigue to the show’s lineup. But Harmon has always been the glue holding the team together, both on screen as Agent Gibbs and off screen as an executive producer.

Now in its 19th season, NCIS may survive a few more years without Harmon at the creative helm. The show is one of the last bastions of broadcast powerhouse television in an era where consumers prefer streaming sites and prestige storytelling more and more. But had Harmon left NCIS in 2007, who knows if the show would have survived another season whatsoever; much less another 15 years.
Why Harmon almost left ‘NCIS’ in 2007

Harmon’s near departure arose because of tension between him and the original showrunner, Donald Bellisario. Reports at the time indicated that the two were butting heads over hours and deadlines. The problems forced the network to choose between them, and apparently they chose correctly. CBS stuck with Harmon, and the show continued to boom in popularity during an era where broadcast television revenue meant everything to media conglomerates. Bellisario, of course, exited the program.

Sources close to the show say that Harmon the executive is similar to his character, Gibbs: punctual, even-keeled, and disciplined. For Harmon to demand another co-worker’s removal suggests some serious internal strife around the program at the time. Bellisario was allegedly turning in scripts late and micro-managing the staff, which led to a “chaotic” atmosphere. Harmon said the long hours began affecting his home and family life; but apparently, the actor never missed a day at work because of the drama.

CBS fired Bellisario and replaced him with a pair of new producers who stepped in and kept the massive media ship chugging full-steam ahead. Over a decade later, NCIS has established itself as one of (if not the) most popular shows in television history. Harmon stuck around as both an actor and EP, influencing casting and creative decisions for years to come. NCIS fans will always remember Harmon for his character Gibbs. But they should also remember him for his creative input and management style, which ultimately helped keep the show on television for nearly 20 years. Without him, the show may have ended after a profitable yet modest four-year run.