‘NCIS’: How Social Media Could Have Quickly Solved These Cases

In this day and age, social media is the rage or outrage depending on how you look at the stuff. NCIS might have solved these cases with it. 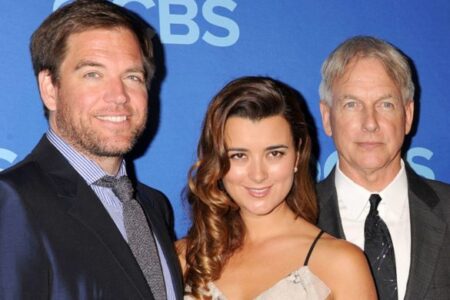 Which cases are we talking about here? Let us take a look and see with a little help from ScreenRant.

Remember back Special Agent Tony DiNozzo, played by Michael Weatherly, had to visit boss man Gibbs, played by Mark Harmon, go give him updates? Yeah, he would go and tell Gibbs about the cases he was working on after his phone got busted up.
‘NCIS’ Character Lost Use Of His Phone After Losing Battle With Paint Thiner

The NCIS character saw his phone go bad after getting tangled up with a jar of paint thinner. Imagine being able to use Facebook’s messaging system or even WhatsApp to inform Gibbs. Heck, even popping an email toward the boss would have worked, too.

Yet those social media channels were not readily available to him at one point. Today? He’d be all over that stuff and putting them to good use.

NCIS has a lot on its plate these days now that Gibbs is out of the picture. Still, the show continues to roll along with veteran actor Gary Cole leading the team. Timothy McGee, played by Sean Murray, has been on there since Season 1 and his character remains solid.
Show Continues To Thrive Even After Shift From Tuesdays to Mondays

This season, the show has been a lead-in for its spinoff NCIS: Hawai’i. That is quite a change from its longstanding Tuesday night timeslot. Fans might still be looking for it on Tuesdays, but we think they are adjusting their schedules, too. In another sign of the times, there are DVRs for people to use, too.

One of the other long-standing actors on the show was Pauley Perrette. She played Abby Sciutto for 15 years as part of the NCIS crew.

It is a long time for a character to be a part of a show like that one. Also, the actress was definitely a fan favorite for those who watched the show all the time. Yes, Perrette has moved along to other pursuits in her life as she’s not acting anymore.

According to IMDb, she was listed in 354 episodes but didn’t appear as her character in two of them. That is still one heck of a number of shows for her to appear in as part of the cast. Apparently, Perrette had some issues on the show’s set. She has been an activist in her life and remains so as her days in the lab are all done. NCIS shows with her in them can be seen thanks to the world of reruns.