‘NCIS: Hawai’i’: Does Vanessa Lachey’s Recent Video Hint at the Show Getting a Second Season?

NCIS: Hawai’i fans, raise your hand if you think the rookie show receiving a second season is nothing but a formality. 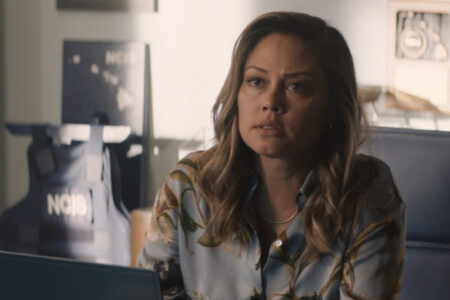 Vanessa Lachey, who portrays special agent Jane Tennant on NCIS: Hawai’i, certainly thinks there’s reason to stick around the islands. Otherwise, why is Nick Lachey, her husband, closing up their home in Los Angeles and returning to Hawaii?

Credit the site CinemaBlend for scrutinizing some Instagram tea leaves. Vanessa Lachey dropped a big hint about her family’s immediate future in a social media post celebrating the Cincinnati Bengals, Nick’s hometown team. The Cinderella Bengals had just qualified for the Super Bowl and Nick was a crazed fan.

So cue some Guns n Roses. Vanessa wrote: “Daddy is in LA moving our home, I’m in Hawai’i with our babies and the Bengals are GOING TO THE SUPER-BOWL! Life is GOOD! Thank You technology for this moment! Our first born got to watch with his Daddy thousands of miles away! WHO DEY! Let’s GOOOOOO! Welcome to the JUNGLE, Baby!”

What Decision: CBS Has Yet to Announce NCIS: Hawai’i Season Two Fate

Now, about that formality. CBS has yet to renew many of its shows. In fact, so far the network has picked up only a handful of comedies for another season. But there’s no reason to think that NCIS: Hawai’i is on the chopping block.

The third NCIS spinoff received a full-season order after only three episodes. And the show put up some amazing viewership totals, albeit with a big push from a Sunday night NFL playoff crowd, Jan. 23. Vanessa Lachey can’t credit family favorite Cincinnati for the football bump. Rather it was from the crowd generated by Kansas City-Buffalo overtime game in the AFC divisional round.

NCIS: Hawai’i ran the first part of “Spies” in the hour after the football game. That audience swelled to almost 10 million. That was almost double the usual total the show generates in its Monday night slot with NCIS as a lead-in. NCIS: Los Angeles was supposed to run a double episode that night. But CBS pulled it in favor of Hawai’i. Fans of the LA franchise might have reason to worry about cancellation after the conclusion of season 13.

There are other real estate clues about NCIS: Hawai’i. Nick Lachey also posted a video from the family’s mostly empty LA home.

As we all know, NCIS: Hawai’i actually films in Hawaii. The Lacheys moved their three children there last summer when the show started production.

The last new NCIS: Hawai’i episode was “Spies Part 2,” which ran Jan. 24. It certainly was an emotional way to send the drama into an Olympic-induced hiatus. Jane Tennant investigated Maggie, her best friend and mentor. As it turned out, Maggie was helping her son, a Chinese spy, gather information on Americans. Everyone thought Maggie’s son had died. But the Chinese government lied to Maggie years ago. Bao, her son, came to her a few years back to reconnect.

The next episode is set for Feb. 28. CBS hasn’t released a plot summary, as yet.

We do know that the show recently filmed a crossover event with NCIS. Show stars Wilmer Valderrama (Nick Torres) and Katrina Law (Jess Knight) ae involved with the Hawaii crossover. Coincidentally, Law used to live on the island, too, since she was one of the stars of Hawaii Five-0.