In mid-January, it was reported that Michael Weatherly’s CBS series Bull would be coming to an end after six seasons. Since the show is ending, could that mean that Weatherly’s character Tony DiNozzo will return? The actor’s schedule will be a lot more open in the near future. 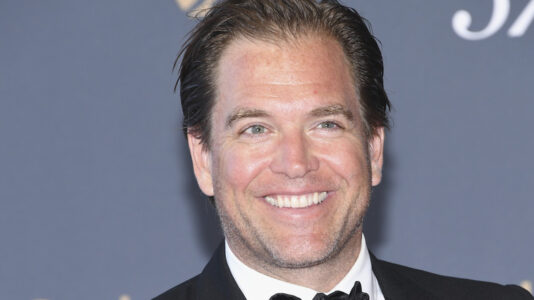 As of right now, it’s unclear whether Weatherly will make a return to NCIS following Bull’s cancellation. However, in his statement about Bull’s cancellation, he did mention that he’s looking forward to pursuing “new creative challenges.” It’s unclear what those challenges are at this time but it does indicate that Weatherly is focused on tackling new projects following his lengthy stints on network television.

News broke that Bull was ending after six seasons in January. The sixth and, now, final, season premiered in October. A date for the series finale has not yet been revealed. Weatherly released a statement about the news and indicated that it was his decision to not move forward with Season 7. He wrote that he wants to “pursue new creative challenges and bring his story to a close.” The actor also shared that fans will be in for a treat with the finale, writing, “Stay tuned for a big series finish.”

“For six seasons, Bull has established itself as a ratings winner with its fresh take on the judicial process never before seen on television,” CBS told Deadline about the news. “We extend our thanks to the talented cast, Michael Weatherly, Geneva Carr, Yara Martinez, Jaime Lee Kirchner, Christopher Jackson, MacKenzie Meehan, the incredible creative team led by Kathryn Price and Nichole Millard, and our hard working crew, for bringing to life these innovative stories. We also thank our loyal viewers and look forward to providing them with a final run of compelling episodes filled with the humor, intelligence and twists that have made the drama a fan favorite.”
In addition to starring as the titular character, Weatherly also served as a producer on the series. Prior to Bull, the actor played Anthony “Tony” DiNozzo on NCIS from 2003 to 2016. At the time of his departure from NCIS, Weatherly told TV Insider that he wanted to pursue other projects and that he wanted to focus on the production side of the entertainment business. Additionally, he told the outlet that he wanted to spend more time with his wife, Bojana Jankovic, and his children.
Disclosure: PopCulture. is owned by CBS Interactive, a division of ViacomCBS. Sign up for Paramount+ by clicking here.