‘NCIS’ Fans Discuss Their Favorite Minor Characters Who Were Killed Off

While TV shows can provide both comfort and entertainment, there’s no question that becoming invested in the characters can be a painful experience. Seeing your favorite character struggle or suffer is tough. But watching their on-screen d***h? It can make you never want to see the show again. 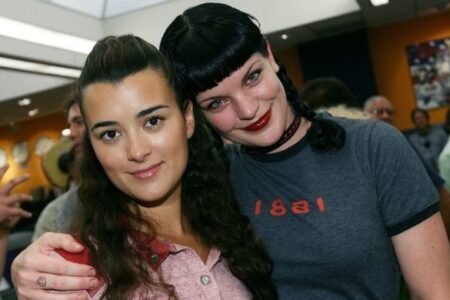 This was the case for some NCIS fans, who took to Reddit to discuss the loss of their favorites.

The original post reads, “Who are some smaller characters from NCIS that you didn’t like seeing killed off? For me, a couple characters stand out. Mine are McGee’s father, Dorneget, Emily Fornell, Cassidy, and Breena”. Though there are a few outliers, the majority of the NCIS fans seem to agree with the original list. The most popular response by far, however, is Dorneget.

NCIS‘ Special Agent Ned Dorneget, played by Matt Jones, was a member of the NCIS Cyber Operations division throughout Seasons 9, 10, and 12. Though Dorneget was mentioned many times by other characters, he only made a physical appearance in five episodes.

Despite the limited interaction viewers had with the character, Dorneget, affectionately called “Dorney” by on-screen colleagues and fans, quickly became a favorite with NCIS enthusiasts. Special Agent Dorneget was k****d off in a hotel explosion on the Season 12 episode “The Lost Boys”. In this particularly tragic episode, viewers also lost fan-favorites Jennifer Shepard and Paula Cassidy.
Some Fan-Favorite NCIS Characters Could Return in Season 20

NCIS has yet to be officially renewed for a 20th season. However, fans are confident the long-running procedural c*****e drama will return. And with the Season 19 finale quickly approaching, the show’s avid viewers are already looking forward to Season 20.

A good rule of thumb is that if you see a character’s body, they’re not coming back. Unless you’re watching a show with supernatural or fantasy elements, that is. In that case, all bets are off. While we can, unfortunately, use this rule in the case of Dorneget’s death, there’s still hope for the return of other fan favorites.

NCIS fans are speculating that with original characters like Mark Harmon’s Jethro Gibbs retiring from the show, we could see the long-awaited return of two major characters: Tony DiNozzo and Ziva David. Now, technically, Ziva is presumed dead in cannon. But we never saw the body, leaving the character’s fate open-ended.

Could we see Ziva and Tony return to the show in the new season, giving fans a more satisfying ending to both their love story and individual storylines? Only time will tell. What we do know is that the actor behind Tony DiNozzo, Michael Weatherly, just wrapped up directing the CBS series Bull. This leaves him rather conveniently free…possibly just in time for the new season of NCIS.