‘NCIS’: Here’s How Many Episodes Cote De Pablo Appeared In

Cote de Pablo has been in a staggering number if “NCIS” episodes. It shouldn’t come as a surprise, though, she was a main character. She’s been in a total of 194 episodes as former Mossad-liaison-turned-NCIS-agent Ziva David. 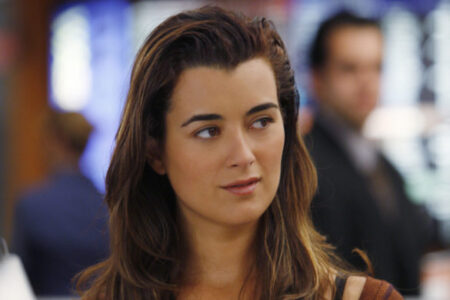 Even with her departure in season 11, that’s a lot of episodes for someone who only joined in season 3. That’s a good, honest run on a TV show; most television stars get barely half that.

De Pablo made her debut in the season 3 premiere “Kill Ari (Part 1).” The previous episode was Kate’s tragic d****h at the hands of Ziva’s half-brother Ari Haswari, but, of course, we didn’t know they were siblings yet. Ziva shows up at NCIS and has an interesting exchange with DiNozzo; the beginning of a slow-burn romance.

Turns out, Ziva is there to stop Gibbs from killing Ari, who is a rogue Mossad agent. Ziva actually worked with Jenny Shepard on anti-t********t operations, so they knew each other before they were both introduced to the team.

Ziva spends the episode secretly working with Ari, trying to get him to Paris where they’ll meet. She reveals that Ari isn’t a t********t, but is undercover in a Hamas group. That doesn’t quite match up with his actions as of late; Ziva claims that he couldn’t have k*******d Kate, and implores them not to k***** the wrong man.

Eventually, Ziva leaves the NCIS when she, McGee, and Tony resign from their jobs to protect Gibbs in season 11. She decides not to return, but in season 13 fakes her d******h. This causes Tony to eventually leave the NCIS in order to take care of his and Ziva’s child. Though, Ziva returns at the end of season 16 for an important arc.
‘NCIS’: Ziva David’s Last Episode

In her last appearance, the season 17 episode “In the Wind,” Phineas–Gibbs’ neighbor and son of the woman who tried to k***** Ziva–is missing. Gibbs takes it personally since Phineas asked if he could stay with Gibbs after his mother’s death and Gibbs just said “we’ll see.” He blames himself for not taking Phineas in.

In earlier episodes, Gibbs told Ziva to go back to Paris and reunite with Tali and Tony. But, Ziva stuck around to see this case through, putting an end to the things that have been chasing her for years.

This episode was a great send-off for Ziva, as she gets moments with everyone on the team. She spends time with Gibbs searching for Phineas; then she has a moment with Palmer, where he reassures her that Tali could never forget her; when she leaves, she tells McGee, “I think I’ll miss you most of all, Scarecrow.” Which is just so cute, not to mention Tali sends a video urging “Uncle Tim” to come visit. The whole thing is just heart-meltingly adorable for longtime “NCIS” fans.

At the end, Gibbs tells her, “We’re always here for you.” Which, could mean the door is always open for Cote de Pablo to come back, or just a sentimentality between characters. Either way, Ziva’s last episode was the perfect goodbye.