‘NCIS’ Fans Discuss Their Love-Hate Relationship with This Character

Ari Haswari is undoubtedly one of the best villains to grace “NCIS” throughout the series’ impressive 19 seasons. However, that’s not to say the character isn’t descipicable. 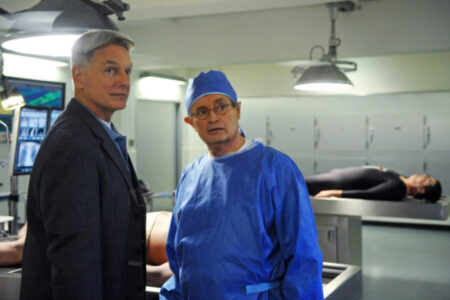 Now, as we navigate season 19 without Gibbs‘ actor, Mark Harmon. Simultaneously, fans have taken to Reddit to discuss their love-hate relationship with one of the series’ earliest villains.

Over on Reddit, one fan wrote, “Obviously I also hate him, but I’m rewatching and I actually really like Ari.”

The Redditor’s admission is unsurprising. Despite his acts of terrorism, he demonstrated incredible intelligence and insight. Additionally, he often treated the “NCIS” team members with grudging respect. They continued, “Without his violent k****r te***** behavior, he was genius level smart and I almost wish wish we got to see flashbacks into his childhood with Ziva before he went rogue.”

Longtime “NCIS” fans might recall Ari was actually Ziva David‘s half-brother before she was forced to k****l him.

Beneath the post, fans shared their own wishes for more Ziva David flashbacks prior to her “NCIS” departure, in addition to their admiration for Ari.

“[I] would definitely watch a spin-off show of the david/haswari family pre-ncis years,” wrote one of the post’s followers.

Another added, “He was a complex character. A few holes in [his] background I wish they’d explain but overall well written.”

The Ari plotline definitely remains a favorite among “NCIS” fans. However, his actions aren’t the only pivotal events within the series.
‘NCIS’ Agent DiNozzo Once Contracted the Plague

The early seasons of “NCIS” saw some of the most interesting investigations take place. And Ari’s role within the series intensified even after his d******.

However, later in the series, though prior to Kate’s d*****, “NCIS” fans endured tense scenes as they were nearly certain DiNozzo would succumb to the pneumonic plague. Remember that one?

The “NCIS” episode, “SWAK,” was an interesting one. It begins as DiNozzo discovers a mysterious letter simply addressed to an “NCIS Special Agent.”

The outside of the letter boasts a bright red lipstick mark, which the flirtatious agent insists he recognizes.

In opening the letter, a cloud of white particles are released into the air above DiNozzo’s desk. Immediately, the “NCIS” squadroom enters a frenzy as Gibbs evacuates all personnel.

Come to find out, the white powder exposed DiNozzo and fellow “NCIS” agent Kate Todd to the pneumonic plague. As the two agents closest to the envelope’s exposure, Gibbs send the pair to Bethesda Naval Hospital where they can be quarantined until medical staff rule out infection.

However, quickly we learn DiNozzo contracted the strain. Inside a bubble, the beloved “NCIS” agent rapidly deteriorates, spewing blood, contracting a fever, and his lips so dry they begin to crack.

Eventually, doctors force Kate to leave his side, and Gibbs pulls Tony from his diseased stupor long enough to tell him, “You will not d****.”

Never one to mince words that Gibbs.

As we already know, DiNozzo recovers and returns to harass his fellow “NCIS” agents another day.