‘NCIS’: Paloma Reynosa Proved She Was a Deadly One to Cross

“NCIS” has seen some cold-hearted k*****s over 19 seasons on CBS. However, there’s no arguing that Mexican drug lord Paloma Reynosa was one deadly woman. 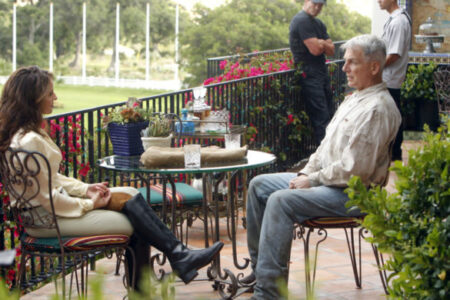 The Reynosa cartel saw its limelight during season seven of “NCIS,” when Abby receives an invite to teach a class on cold cases in Mexico. The forensic scientist travels to the Central American country, “NCIS” Special Agent Timothy McGee at her side.

During one class, Abby takes the students out in the field to seek clues. Coincidentally, she investigates the area in which Special Agent Gibbs, a Marine sniper at the time, killed Paloma’s father, Pedro Hernandez. The former Reynosa cartel’s drug lord was responsible for hiring the hit on Gibbs’ daughter Kelly and first wife, Shannon.
Gibbs’ Integrity Gets Tested During Cartel Storyline

As Looper states, what makes Reynosa so deadly is that she holds the key to all of Gibbs’ darkest, most closely kept secrets.

While in Mexico, Abby and McGee run across the cartel and Paloma Reynosa herself. After revealing the class’s intentions, Paloma makes a connection, flipping Abby the shell casing Gibbs left as a message after k******g Hernandez.

The remainder of the “NCIS” plot sees Reynosa threatening the people closest to Gibbs. She first captures friend and mentor Mike Franks, the older man losing a finger while in the cartel’s clutches. They then capture Gibbs himself before sending him home to do the cartel’s bidding.

From there, Reynosa threatens Gibbs’ father in his hometown of Stillwater, PA. There, the elder Gibbs aims a loaded shotgun at the woman who retreats out the door. The outlet reminds Outsiders season seven left fans at the edge of their seats as the two stood face to face in the little shop.

Ducky and Abby later see threats of their own courtesy of the Reynosa cartel. Additionally, warnings even pop up inside Gibbs’ home.

As we know, Gibbs and the rest of the “NCIS” team quashes the cartel’s efforts to ruin the iconic leader. Though, the storyline ends rather tragically as Alejandro unknowingly kills his own sister in a blast of gunfire. Overall, it caps the siblings’ deadly reign over the “NCIS” crew, serving as a conclusion to the Gibbs-centric storyline.
Gibbs Once Lost All Memory of ‘NCIS’

While we might like to think of former “NCIS” Special Agent Gibbs as untouchable, his complicated, often tragic, past serves to prove he’s not the robotic, coffee-loving federal agent he comes off as.

Alongside the Reynosa cartel storyline, Gibbs took his fair share of hits during his time at “NCIS,” suffering bullet wounds to the collar bone and broken limbs amid car chases.

However, “NCIS” fans were shocked to see Gibbs get blown up during one season three episode as the team investigated a reported bomb threat on board a Marine Assault Ship.

Gibbs winds up in a coma, however, upon awakening, fans quickly realize the federal agent has no recollection of Dr. Donald “Ducky” Mallard, one of the special agent’s oldest friends. The scene is disheartening, with other beloved characters seemingly erased from Gibbs’ memory.

However, as we know, the “NCIS” character makes a full recovery, however, his injury enables us to learn a lot about Gibbs’ complicated past.