‘NCIS’: One Season 1 Storyline Was Lacking

You know, it takes some TV shows time to get clicking. For instance, NCIS had a stellar Season 1 but there was one storyline that is trouble. 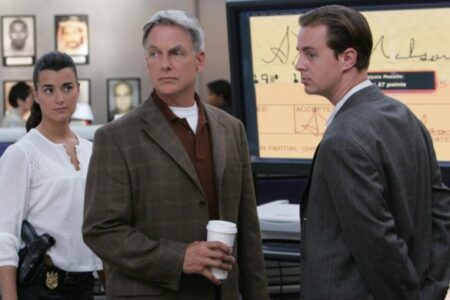 It happens to be in the show’s fourth episode. What, pray tell, is the matter with this one? Let’s get a little help about this from Looper.

The fourth episode is titled The Immortals and focuses on an investigation of a video game. On NCIS, the Naval Criminal Investigative Service team must investigate the d****h of a naval officer. He was found weighted down at the bottom of the ocean.
‘NCIS’ Episode From Season 1 Suffers From Lack of Video Game Knowledge

So, this episode gets low marks from fans on IMDb. Why? A fictional MMORPG (it stands for a “massively multiplayer online role-playing game”) at its core. There appears to just be a lack of behind-the-scenes video game knowledge. Oh boy. This turns into the worst storyline from the first season of NCIS.

And a thread on Reddit gets busy with commentary. One user writes and claims that they had “never seen anyone f*** up MMORPGS” as bad as the writers of The Immortals. Then, over on Twitter, one user describes its fictional MMO as being discussed in a “‘tv show written by people that don’t play them’ way.”

An NCIS fan offers a reply, saying that they then recounted Gibbs repeating the MMORPG acronym incorrectly. Another person on Twitter criticized the content of the game itself. This person characterizes a charter that the NCIS team uncovers in-game as something that could never exist in real life.
Unrealistic Video Game at Center of Storyline Sends Fans Into Frenzy

See, this episode focuses on an unrealistic game that is key to The Immortals storyline. So, that causes problems and simply leads to many troublesome moments for fans.

Still, it is worth noting that NCIS has been on CBS for nearly 20 years. This show is now 19 seasons old and just keeps giving back to the fans. Put aside this episode for a minute.

NCIS was already laying a solid foundation for what it would eventually become. This is back in the first season, folks. Some particular aspects of Season 1 would quickly become outdated or overridden as the series progressed. This Season 19 has been quite interesting with Gibbs taking leave from the show. Well, the character and actor Mark Harmon are not on there right now.

Will he make another appearance before the season ends? We don’t know. Gary Cole has come on and played Alden Parker beautifully. Maybe Gibbs will come back and pop up. Parker, though, is handling the leadership role well.