‘NCIS’: Was This the Most Dangerous Season Two Villain?

“NCIS” has a special way of creating the worst kinds of villains. Often, the most threatening tye into the backstories of our beloved main characters. 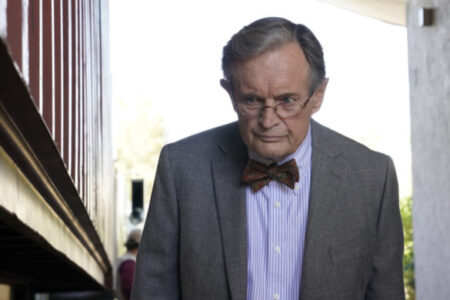 One example is season one terrorist Ari Haswari, later revealed to be Ziva David’s half-brother. Another one-off “NCIS” cr- is Landon Grey, who begins k****ng people based on the plot of Timothy McGee’s unpublished book. However, season two saw the appearance of one ter—ing and murderous family. And they set their sights on none other than the beloved Dr. Donald “Ducky” Mallard.
‘NCIS’ Takes on a Murderous Family with a Vengeance

Kate’s d-* during season two was definitely a pivotal event for the series. However, Ducky likely faced the most terr*—- villains of that season. The episode, entitled “The Meat Puzzle,” actually got its roots earlier in season two. Paired with Jimmy Palmer, Ducky worked on piecing the body together as a backdrop to other, forerunning plots.

However, episode thirteen brought the story to the “NCIS” forefront. It’s then Ducky finally uncovers, after weeks of meticulously piecing the tiny body parts back together, who it actually is.

Looper reminds us the “NCIS” team finds three barrels full of meat puzzles, working hard to confirm Ducky’s grim predictions. In piecing the bodies together and identifying all three, he concludes the victims were all tied to a trial in which h himself testified against the key suspect.

The suspect, Vincent Hanlan, had been convicted of se*** ass**** and m–. As a result, he and his mother became intent on revenge after Hanlan’s release from prison.

During their search, Special Agent Gibbs deploys his team to watch over Ducky and his mother in shifts, Kate Todd taking the first night shift. Plagued by dementia, the elderly woman wanders outside, where Kate finds her and begs her to go back inside. It’s then Ducky gets ki—.
Lack of Remorse & High Professionalism Inform Villains’ Danger

“NCIS” has faced physcially scarier threats, including bombs, torture, and a plethora of other h*-*-*s. But the Hanlans’ crimes against Ducky are unique. Their methods and animalistic personality traits make them the most dangerous villains of season two.

Outfitted with their skill as morticians, Hanlan and his mother are easily able to carve up their v—–ms, preserving them in one of the least dignitary ways imaginable. The mother’s calculating eye and blunt hatred for the “NCIS” agents contributes to her evil persona. Looper states their lack of remorse intensifies their cruelty, whereas other villains in “NCIS” past have demonstrated varying levels of humanity.

The Hanlans have none, the end of the episode seeing Ducky restrained upon a medical table and a massive tube draining blood from his neck.

As always, the dynamic “NCIS” team busts in just in time, taking the mother into custody and the vengeful son slitting his throat, refusing a return to prison.

Needless to say, despite his age, Ducky has always come out on top among the scariest situations. That must be why “NCIS” fans love him so much.