‘NCIS’: Next Episode Will Focus on Torres’ Well-Being After ‘Fight or Flight’ Sparked Questions

NCIS will come back with an episode that’ll not only focus on Palmer but will also address Torres’ well-being. This is after that difficult episode the show left us with. The hit procedural drama has been on a hiatus for the winter Olympic Games. But it’s coming back with quite the bang. 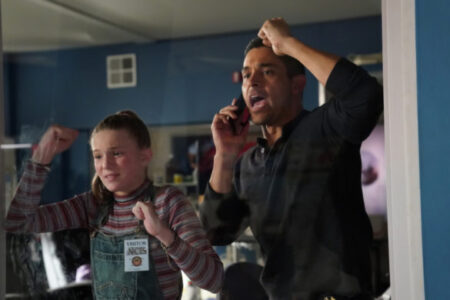 The episode is written by Jimmy Palmer actor Brian Dietzen. It’s going to be a huge one for Palmer, Kasie, and Torres. The end of the episode Fight or Flight, which followed Torres going undercover in a cage fighting ring, saw Torres really lose his grip. In a heartbreaking conversation with Palmer, it’s revealed Torres has serious abandonment issues. Additionally, he is really repressing a lot of anger and hurt.

Brian Dietzen told TV Line that the next episode will be “a next step in [Torres’] journey.” And apparently, Valderrama delivers. “Wilmer [Valderrama] just kind of knocks it out of the park. There are a couple of moments that definitely got me, you know?”

Valderrama also really delivered in the last episode and has noted how hard it was to film, due to how emotionally charged it was. He’s also very proud of his performance, and many fans were quite impressed. Though Torres is still a pretty divisive character overall.
The Next ‘NCIS’ Episode Sees Torres Taking Care of a Very Special Character

So, we’re still going to see the aftershocks of Fight or Flight in the next episode. We’re also going to see Torres work closely with Jimmy Palmer’s daughter after Jimmy is… well, read the description for yourself.

“While investigating the d****h of an intruder at Quantico, Jimmy and Kasie are exposed to a deadly biotoxin, and the NCIS team calls on Doctor Carol Wilson for help as they race to find the antidote. Also, Torres tries to distract Jimmy’s daughter,” the description reads.

Jimmy Palmer’s daughter is seven years old, and fans remember when he had her. So many are ready for the nostalgia factor, and to see little Victoria all grown up. They had to hire an actress that’s a bit older than seven, however, because COVID-19 restrictions made it very challenging to hire an actor of the right age.

And as you’ve probably noted, the episode also sees the return of immunologist Carol Wilson, played by actress Meredith Eaton. Fans are really excited to see her again. She was a big friend of iconic, since departed character Abby Scuito.

You can catch the episode when NCIS returns to CBS on Monday, February 28th at 9/8 central. Spinoff show NCIS: Hawai’i will also make its return on the same night.