‘NCIS’ Fans Wonder If Gibbs Had Problems with Bishop

Leave it to NCIS fans to be naturally inquisitive. Fans of the series on Reddit are wondering if Gibbs and Bishop had some potential issues. 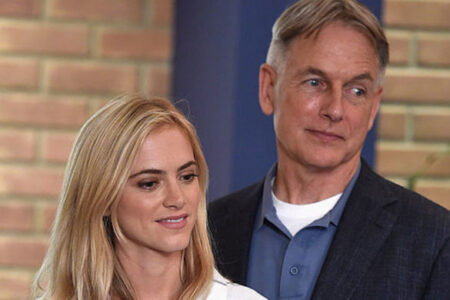 In a post on the popular forum titled, “What was the issue with Gibbs and Bishop?” user Karl_Racki feels like there could have been some issues between the two characters in the later seasons. We know that all of you longtime NCIS fans know who Gibbs and Bishop are but for those of you that are new here, Leroy Jethro Gibbs was an NCIS Special Agent in charge of the NCIS Major Case Response Team. They operated out of the Navy Yard in Washington D.C.

“At the end of [Season] 18… Bishop shows up to get advice from Gibbs who pretty much told her he quit,” the Reddit post begins. “Bishop storms away mad, then McGee asks Gibbs to help and Gibbs acts like he don’t care. Was Gibbs over it at that point?? Looking back at how many agents he helped in trouble. Very weird.”
‘NCIS’ Fans Respond to Forum Post

If you have been keeping up with the latest seasons of NCIS, then you probably know that both characters, Special Agent Gibbs and Special Agent Bishop, are no longer part of the show.

Gibbs held his position up until March of 2021 when he was suspended. NCIS Special Agent Timothy McGee (Sean Murray) became the agent in charge. Gibbs then resigned from the team for good in June of 2021, opting to stay in Alaska instead of returning back to the office. As for Bishop, she officially resigned back in May of 2021 to begin working on a long-term undercover operation.

While some have cited that there was possibly some tension between Gibbs and Bishop, other fans don’t think that’s necessarily the case. One Reddit user even replied by citing Gibbs’ “Rule 91” — “When you walk away, don’t look back.”

“Gibbs was completely off by the end of season 18,” a second fan replied. “I don’t think he cared about much anymore, otherwise, he’d have come back from Alaska. I don’t think it was about Bishop specifically.”

Finally, a third fan said they didn’t think “there was any issue.”

“She wanted him to tell her not to do what she was going to do — to stay with him and the team. But he wanted her to know that the “Team” would not be the same moving forward — as he wouldn’t be on it.”