‘NCIS: New Orleans’ Alum Lucas Black Shares One of His ‘Favorite Parts’ of Being a Father

Being a father comes with a wealth of responsibilities, joys, and pains. 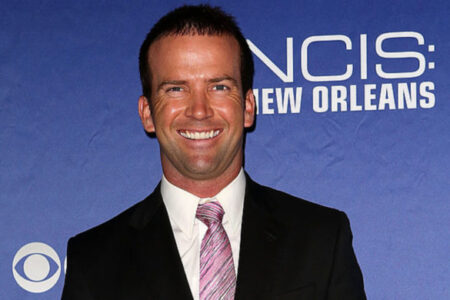 You get the privilege of sharing every moment of your child’s life, from their first steps to their first day at college. And every now and then, you’re gifted with what will one day become a hilarious memory. Over the weekend, NCIS: New Orleans’ Lucas Black experienced one such moment when he was tasked with pulling his young son’s tooth.

His adorable son, Gus, is experiencing what we all went through at one point in our childhoods – summer teeth. Some are there, some are not. The young boy is already missing what appears to be half the teeth in his mouth. So, when it came time to pull another, his father was ready.

In a video posted to Instagram, Lucas Black showed himself holding a piece of dental floss. On the other end was his son’s tooth, with his anxious young son still attached. He captioned the video, “One of my favorite parts of being a father… pulling teeth!!! Gus took it like a champ. The noose knot with dental floss was key to the quick removal. My fingers are too big to get a good hold on those small baby teeth.”

With his older brother filming, his mother anxiously commenting on the process out of frame, and his father holding a string attached to his tooth, little Gus started to get nervous. Being the expert tooth-puller that he is, however, Lucas Black yanked the string just as Gus changed his mind and shouted “NO!”

It was over before Gus knew it, who looked at his father in confusion as his tooth skidded across the kitchen floor. Not exactly quick, but definitely painless!
‘NCIS: New Orleans’ Lucas Black Thanks His Own Male Role Models

Lucas Black appears to be an excellent dad, but he doesn’t take all the credit. Instead, the actor credits his fatherly skills with the many positive examples he received from his own male role models. While building a set of shelves with his children, Black reflected on his past and the men who made him what he is today.

“Thankful for the men in my life who taught me how to build things. My dad, uncle, brother, and stepdad have given me their knowledge and tricks about building,” Black writes in a heartfelt Instagram caption.

“This was not only a project to be more organized and have more storage, but to involve the kids and teach them some skills on how to use tools. The kids were eager to help and kept things interesting. Although, they may have made things go slower and a little messier it is all worth the lessons learned and the character traits built. And hey fellas, do you want to impress your wife and get a few extra kisses from the missus, then learn to be handy around the house. It is a manly quality that will not go unnoticed.”