‘NCIS’: Did This Early Character Have Wasted Potential?

Some fans think that one early NCIS character could have turned into a fan favorite if the writers had spent a little more time developing her. 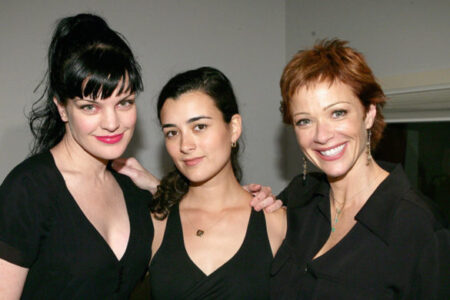 The character in question is Jennifer “Jenny” Shepard. In the show, she began as a special agent and then eventually became the director of NCIS.

Jenny first joined the team in 2005 during an episode titled Kill Ari. And she stayed with them until she d**** in the field in a 2008 installment called Judgement Day: Part 2.

But though she left the series 14 years ago, people are still thinking about what could have been.

In a Reddit post today, one user named Suspicious-Yak-9950 brought up the former agent and wrote, ” I feel the writers were totally confused on what they wanted to do with Jenny. I loved her but hated how the treated her character. She had so much wasted potential. But maybe that’s just me.”
Other ‘NCIS’ Fans Agreed that Jenny was a Victim of Bad Writing

A few Redditors jumped in the thread and said they agreed that Jenny Shepard could have been a long-lasting addition to the show. But NCIS simply didn’t know what to do with her.

Sparkplug_24 thought that Jenny wasn’t the only agent who didn’t get proper “long-term development” due to “poor writing.” As they wrote, it also happened to “Ellie, Sloane…”

But the original poster replied by saying that Jenny got “hated on a lot more than everybody else.”

“I feel that if they knew what to do with her, she would have been [an] excellent character,” they added.

In the conversation, one of the users noted that Agent Shepard probably had a hard time fitting into the show because there were so many strong and powerful female leads already in the cast. But they wished she had lasted in the series because they “adore the actress (Lauren Holly) and still miss her.”

Suspicious-Yak-9950 also wrote that her persona was all over the place. And theorized that the disorganization made her hard to follow and develop.

“It was like [they] couldn’t decide if they wanted her to be Director Shepard, a strong powerful female, Jennifer, a woman out for blood, Jenny and friend and overall lovely person, or Jen, Gibbs loves interest,” they added.

But overall, the users agreed that Jenny Shepard could still be a member of the team if the show had just spent a few episodes focusing on her and her relationship will Leroy Gibbs.

“Just makes me think,” Sparkplug_24 noted. ” I would have loved a half season where (maybe a past case?) meant Jenny had to work as a field agent with Gibbs. I did love their dynamic (not the love part just the back and forth).”