For a period of time, there has been chatter of Cote de Pablo coming back to this franchise. Will NCIS: Sydney be the call for Ziva David? 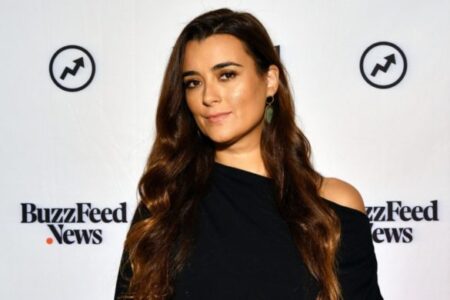 If you did not remember, then de Pablo played David on the OG show. She then left the series but Ziva David remains one of the franchise’s most popular characters. Let’s see what is going on here with some help from Express.

We do know that NCIS: Sydney will be coming to Paramount Plus at some point. We do not know who will be in the show’s cast and that is leading to some speciulation about Cote de Pablo. Another point to remember is that the franchise had its NCIS: Hawai’i spinoff happen with Vanessa Lachey in the lead role as Jane Tennant. It marked the first time a woman was put in the lead role for a series spinoff in the franchise.
‘NCIS: Sydney’ Might Become New Home For Beloved Character Ziva David

So, Cote de Pablo and Ziva David joined the cast of NCIS in the third season after the d**** of Agent Kate Todd, played by Sasha Alexander. But she is thought of as an original member of the team.

Now, de Pablo left at the end of Season 11. Ziva chose to venture to Israel rather than stay put in Washington, leaving Tony DiNozzo, played by Michael Weatherly, behind. In 2016, de Pablo explained that she left NCIS out of respect for her character.

“Unfortunately because of political things and scripts not being good enough, I chose not to [return to NCIS],” she said. But the door for NCIS: Sydney might be open for her to come back.
Actress Never Fully Closed Door To Coming Back As Part of Franchise

In the chat above, de Pablo never closed the door to a comeback. She did say that she would be waiting for someone to write “something really fantastic for her”. Then, in Season 16, she comes back after it was thought she had died in a mortar attack. That was just a ploy to protect her family, Tony, and their daughter Tali, whom he took to Paris to start a new life.

Then, in Season 17, Ziva left Gibbs, played by Mark Harmon, to be reunited with them. Viewers now believe they are living happily ever after. Yet there always is a door for her to walk through again to the franchise.

If she did come back and show up on NCIS: Sydney, then a lot of fans would probably welcome her with open arms. But we have no idea bout the cast or who will be the main star in this spinoff. It is supposed to start up on TV in 2023.