Will Ziva David reprise her role as Cote de Pablo in NCIS season 19 alongside Tony Dinozzo?

Will Ziva David reprise her role as Cote de Pablo in NCIS season 19 alongside Tony Dinozzo? 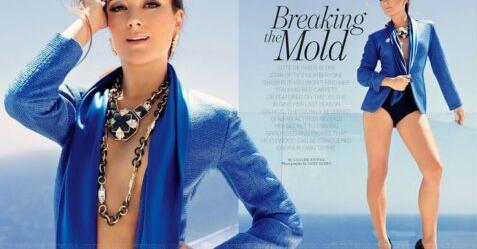 Before leaving NCIS in season 10, COTE DE PABLO played the iconic Agent Ziva David. Is there now a chance she’ll make an appearance in Season 19?

Ziva David, played by Cote de Pablo, first appeared on NCIS in season three as a replacement for Agent Kate Todd (played by Sasha Alexander). She stayed on as a crucial member of the CBS drama’s cast for eight years, until it was time to say her goodbyes. De Pablo had previously said she would not return, but at the season 16 finale, she surprised everyone by returning.

Fans of Ziva were heartbroken when she decided to leave NCIS behind.

This was to allow her to return to Israel, but it also meant saying goodbye to Agent Tony Dinozzo (Michael Weatherly), which was heartbreaking for fans.

De Pablo “thought it was over and that was it,” she remarked after exiting the scene.

During a Q&A in 2016, the actress stated that “no money” could have persuaded her to stay at the time.

“I spent eight years creating and loving this character. And so, if I sensed or suspected that the character was not being treated with the respect she deserved, no amount of money could persuade her to stay.”

“I really want to clarify: We promised Cote de Pabloa a lot of money — and then we offered her even more money,” CBS Corp. president and CEO Les Moonves responded.

“We didn’t want to lose her since we adore her. We believe she’s fantastic.

“Obviously, we were conversing… She finally opted not to participate in the show. It was entirely her choice.

“We don’t want to lose anyone.

We tried everything humanly possible [and]pursued every avenue, but she simply refused to participate in the show.”

However, as NCIS watchers are well aware, Ziva’s story was far from over.

In series 13, Ziva was murdered in a mortar attack, and Tony, who had no idea he had a daughter, was left to care for their young daughter Tali.

Tony left the program at the season 13 finale as a result of this, but Ziva returned at the end of series 16.

She had been. “Brinkwire News in Condensed Form.”