Somet imes, the success of a hit televi sion series can also make it a magnet for be hind-the-scenes drama. 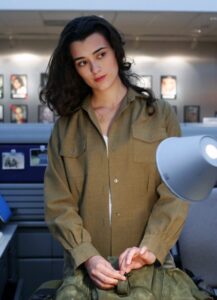 “NCIS,” which is one of the long est network shows with 18 seasons and counting, is no exception. The procedural c**** drama that spun off from the series “JAG” became successful enough to spawn its own legion of spin-off shows, including the upcoming “NCIS: Hawaii.” Still, along the impressive climb to building the “NCIS” universe, there have been some sh******g departures. And sometimes the exits of those stars haven’t exactly happened without cont ersy.

Fans were shocked when in 2013, Cote de Pablo, who played fan-favorite Ziva David, decided to leave the show. For years, much speculation has shrouded de Pablo’s exit, as she wasn’t forthcoming on her decision to exit, citing personal reasons in a 2013 TV Guide interview. During her brief return to the series in season 17, she still kept the reasons for her decision to leave vague, saying in a USA Today interview that she was still not ready to talk about it yet. Unfortunately, what’s clear is her exit was surrounded by some drama with co-star Pauley Perrette.

A t-shirt and ill-timed tweet ignited a brief feud Cote de Pablo’s exit might have sh***** fans, but it also caught her co-stars off guard, especially Pauley Perrette. While being interviewed by E! News during the 2013 Summer TCA press event, Perette said that although they were surprised by de Pablo leaving, they still loved the actress and wished her the best. She also said that there was no behind-the-scenes drama that could have affected her decision to leave.

This would have been viewed as a heartfelt or diplomatic goodbye to a fellow co-star, had it not been for what Perrette was wearing during the event. The actress sported a t-shirt that read “I love my job,” which some fans interpreted as a not-so-subtle criticism at de Pablo for leaving the show. And in case that wasn’t enough gasoline for a potential drama fire, Perrette also followed the appearance with a Tweet with the same message, followed by the hashtag “#NCIS.”

The controversy didn’t last too long. After much back and forth between Perrette, her defenders, and de Pablo fans on social media, Perrette shut down her Twitter briefly (per Yahoo! News). Allegedly, de Pablo called Perrette and told her to stop tweeting about her departure, although neither star has officially confirmed this.