“NCIS” has had some truly tragic deaths in its 19 seasons, but none so tragic as Kate Todd’s d****h. I’ve said it before and I’ll say it again: no one was prepared for that. 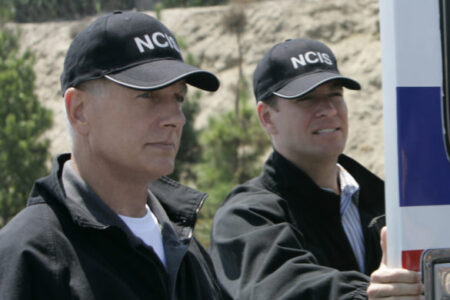 It happened so suddenly and unexpectedly, that it’s stayed with fans long after. That was the season 2 finale, for crying out loud, and we’re all still talking about it today. That just goes to show the kind of impact that moment had on fans.

How it happened is this; Gibbs and the team were flushing a t*****t cell out of a warehouse. Before they went in, Gibbs insisted that Kate take his Kevlar vest. The team breaks up the cell, and Gibbs, Kate, and Tony end up on the roof. Kate takes a bullet for Gibbs, launching herself in front of him like her Secret Service training taught her to do. But she’s wearing the vest, so she’s fine, and Gibbs helps her up.

Gibbs praises her for a job well done for the first time on “NCIS”; Kate says, “I thought I’d d*** before I ever heard a compliment.” Which, okay, ouch. At that moment, yards away, Ari Haswari is lining up the shot. He pulls the trigger, and Kate goes down, shot right in the head.

At first, the team things Ari was aiming for Gibbs, and the wind took the bullet and hit Kate instead. But, there was no wind that day; he was aiming straight for Kate. Ari knew that Kate was a beloved member of the team, and he wanted to hit them where it hurt. After that, Gibbs basically shuts down; he smiled more before Kate d***d, make actual jokes. But, after her d***, he closed off to his team. He didn’t want to get close, in case another one of them d***.
‘NCIS’: How Fans Handled Kate’s D****

Fans didn’t handle Kate’s death very well in the moment, and they’re still reeling from it years later. In a Reddit thread amongst “NCIS” fans titled “Season 2 finale just broke my heart,” fans came together to air their grievances about the finale.

“I’ve only just gotten into ncis and have binged the first 2 seasons in the past few days,” wrote the original poster. “Kate’s d***h has just broken me. It was so unexpected. My heart hurts. I’m sure this gets posted often but I just needed to be vocal about my grief.”

One fan couldn’t even bring themselves to watch the episode, knowing what happens to Kate. “I started watching NCIS recently and knowing Todd’s fate I still can’t force myself to watch season 2 finale,” they wrote. Another fan who watched from the beginning also didn’t like rewatching the episode. They wrote, “I’m an original watcher and whenever I rewatch it, it’s just as sh*****g and heartbreaking. Kate was the bo***b.”

Kate was definitely a beloved character, and her d*****h was an absolute shock. I don’t think there’s been a death on “NCIS” as sh*****g as Kate’s, at least not in a long time. Hopefully, “NCIS” isn’t looking to rectify that.