‘NCIS’: Was This the Worst Storyline of Season 6?

“NCIS” is a pretty good show, all things considered. It has a formula, and it sticks to it, but occasionally throws a wrench into its own plans and gives us something unexpected. 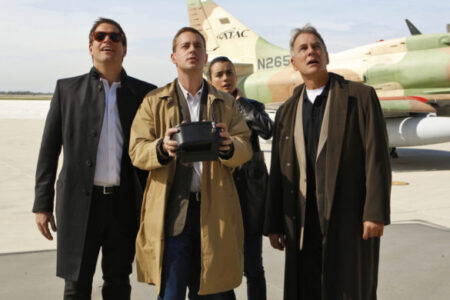 But, sometimes there are elements that fans just don’t like. One of those moments came in season 6 when the newly appointed Director Vance split the team up after Jenny Shepard’s d****h.

If you forgot about this brief arc, that’s okay, me too. It was kind of unremarkable, except for that fact that fans were mad that the team was assigned to different units. I feel like people didn’t like Vance at first because of this move, splitting up the beloved team. Eventually, when the show revealed the big twist, fans warmed up to him. But, initially, there was a lot of anger towards Vance and the new team.

The shock of three new faces in the bullpen came in the season 6 premiere, “Last Man Standing.” The first look at the new team tells us that they’re completely dysfunctional, unlike the well-oiled machine that is Tony, McGee, and Ziva. They have their moments of discord, sure, but they work well together. The replacement team, on the other hand, is in complete disarray. Brent Langer, the Tony counterpart, is spewing inane taunts at Daniel T. Keating and Michelle Lee, the McGee and Ziva replacements, respectively.

They try way too hard throughout the episode, annoying Gibbs to no end in the process. It’s a short-lived split, though, as the team comes back in episode 2, “Agent Afloat.” Of course, the break-up was purposeful. It was all an elaborate ruse to root out a mole in the NCIS.

Additionally, while we never see Keating again, neither Langer nor Lee make it out of the episode alive. It turns out, Lee was the mole, and while she sh—t Langer, Gibbs eventually shot and k—–d her.
‘NCIS’: Torres Has a Tough Assignment in New Episode

Torres has a tough job in the upcoming “NCIS” episode; not only is he on the case, but he also has to watch out for Kayla Vance, the director’s daughter. Except, she’s on the case, too.

Kayla recently trained with NCIS to become an agent, and now the team is forced to take her on assignment. According to the synopsis, the team is investigating a Navy surgeon’s d****h, and have to take Kayla along on a “highly dangerous mission.”

In a new trailer for the episode, Torres doesn’t seem too happy that the director has him on babysitting duty. Jess promises Kayla that everything will be simple, nothing exciting. But, you know once she says that, excitement is almost guaranteed. Torres claims, “you’re not getting as much as a paper cut on my watch,” and let’s all hope that’s true. I don’t know what I’d do if something happened to Kayla. To see the usually stoic director break down if something bad happened to his daughter? I couldn’t handle it.

We have a lot to look forward to in the new episode, which airs Monday, March 7 on CBS.