‘NCIS’: When Could This Character Make a Reappearance?

“NCIS” is still chugging along. With the CBS drama still moving at an incredible pace on the network, a lot of folks are wondering about who could return at some point. Well, while so many fans would love to see Mark Harmon return as Agent Gibbs. 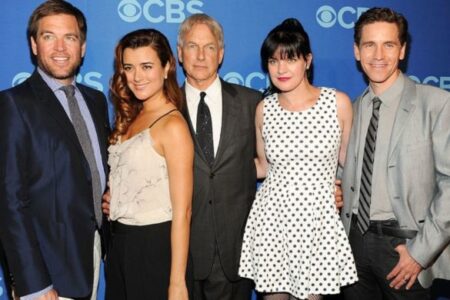 There are a number of other names who could also return at some down the line. However, some folks wonder when one character makes a reappearance on the broadcast.

Could Joe Spano return at some point? Never say never. To be fair, he has already been back in Season 19, but with the storylines at play, another time on the broadcast should not be ruled out.
Mark Harmon on “NCIS”

Harmon starred on “NCIS” for close to twenty years. His role as Agent Gibbs was one of the most memorable runs of anyone on the program. His departure still looms large over the show, but with Gary Cole in the fold the CBS drama remains in good hands.

But success takes time in this industry. Harmon knows that all too well and spoke at length about that.

He told Men’s Journal, “[I’d] be a carpenter. I tried to do that, but I just couldn’t get hired.” It took some time. Harmon added, “I enjoyed getting up and doing that in the morning; I enjoyed the drive to work.” It worked for him at the time. He continued, “For me it was about materials and doing right. If you did it right, [the project] outlasted you. I still enjoy [carpentry], but I think that’s probably what I would have been trying to do had I not been [acting].”
How It Got Started

He added, “I took a job in an ad firm and worked there for about four years. I got a promotion to another ad-based job—a national sales rep position at a shoe company—so I was kind of a shoe salesman for about seven months.”

It was hard. There is no certainty in this profession, and he also wasn’t sure at the beginning if he wanted to commit to acting full-time. He had another passion for carpentry. However, it was not something he ultimately loved doing the same way he loved acting.

He concluded, “When I was doing that shoe salesman job. I was coming back from Boston and I was sitting next to a 33-year-old who was talking about trying to make pension at 65. He was drinking his second martini by the time we were wheels up. He was miserable in his job and he was trying to maintain the job for another [32] years. I went home, got in my car, drove out to the place where I worked, and gave my notice.”

It added a lot of perspective for him. He saw how it could go if you don’t do what you love and that changed everything for him.