The former NCIS stalwart shared a series of snaps from fundraising event, the Beastly Ball, at Los Angeles Zoo.

The LA Zoo described the evening as: “An unforgettable evening of adventure and impact, benefitting the Greater Los Angeles Zoo Association.” 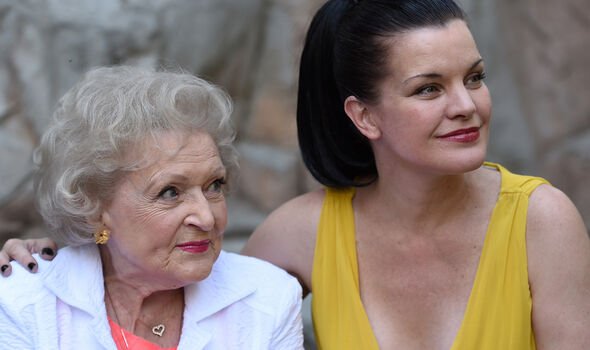 “We are FINALLY BACK AT OUR ANNUAL #BeastlyBall fundraiser and honoring our beloved #BettyWhite.

“My first time at #LAZOO without her. MISS HER,” Perrette added in honour of the late Emmy winner.

The actor also praised fellow actor Joel McHale, with the former Community star in charge of proceedings for the evening.

“And @joelmchale hosted and is a total freaking philanthropy CHAMP on all levels,” Perrette added.

Supporting our beloved @LAZoo
We are FINALLY BACK AT OUR ANNUAL #BeastlyBall fundraiser and honoring our beloved #BettyWhite
My first time at #LAZOO without her
MISS HER!


Finally, the former Abby Sciuto star showed her support for Ukraine as she could be seen donning a sunflower-themed dress in the snaps.

“And #SunflowersForUkraine,” she signed off in view of her 707.5k followers.

Inevitably, it didn’t take long for Perrette’s followers to react to the snaps and heartwarming post, praising her look and fundraising efforts.

Dione Umbach penned in response: “YA! So glad you are out having fun doing something you love with the people you love…
“Though I know it is bittersweet when one is missing! I am pretty sure Mrs Betty White is with you, looking down from Heaven above a beautiful smile on her face!”
Michelle Fiedler echoed: “You do such important philanthropic work, Pauley P.

“I know Ms White would approve. Glad to see that you are still reminding people to support Ukraine. God bless you, lovely lady.”

While @KernowFerrets added: “You are such a sweetheart Pauley. Your outfit is so beautiful too,” followed by a love heart emoji. (sic)
Perrette may have left NCIS behind her but the CBS drama is still going strong as it heads towards its 20th season on the air.

There have been wholesale changes to the show since Abby departed, with leading star Mark Harmon saying his goodbyes in season 19 too.

He followed in the footsteps of NCIS stars Emily Wickersham and Maria Bello in recent years to depart.

Now, the likes of Wilmer Valderrama, Gary Cole, Sean Murray and Katrina Law will front the drama in its 20th season.

NCIS season 20 will premiere on CBS in the USA later this year. Season 19 continues Wednesdays on Disney+ in the UK