Pauley Perrette will return to NCIS, according to what her former series co-star Michael Weatherly is saying. 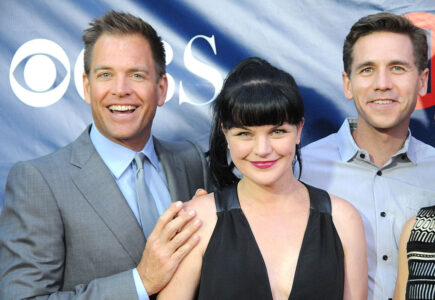 While speaking to PEOPLE, Weatherly — who played Anthony DiNozzo on the police procedural show — shared that he does not believe fans have seen the last of Perrette’s character, Abby Sciuto.

“I know that Pauley Perrette will be back in some capacity,” the actor stated. “I’m just saying. And I think that she’s gonna be — I think everyone misses her already, and she’ll be back and funnier than ever. She’s a fierce lady and one of my favorite people on the planet.”

While at this time there is no official word on when Perrette might turn up, her character was not killed off, so it is entirely possible that she could make a return in upcoming seasons.

As fans are aware, Perrette announced her departure from the series almost one year ago, in October 2017. “So it is true that I am leaving NCIS…” the actress wrote in a Twitter post that contained a photo of a lengthier statement.

So it is true that I am leaving NCIS…
There have been all kinds of false rumors as to why (NO I DON'T HAVE A SKIN CARE LINE… pic.twitter.com/gugM2a2ckT

“It was a decision made last year. I hope everyone will love and enjoy EVERYTHING ABBY not only for the rest of this season but for everything she has given all of us for 16 years,” Perrette added. “All the love, all the laughter, all the inspiration…I love her as much as you do.”

In May 2018, she spoke about the reason she decided to leave NCIS, but remained somewhat cryptic on the details.

“I refused to go low, that’s why I’ve never told publicly what happened. But there are tabloid articles out there that are telling total lies about me. If you believe them? Please leave me alone. You clearly don’t know me. (Sorry guys, had to be said),” 49-year-old Perrette tweeted after the season 15 finale.

Following her final episode on the show, the actress posted a message to her fans, thanking them for the many years of support that gave her.

“I hope that the fans will remember everything that Abby has taught all of us over the course of this entire run,” Perrette said in a video message. “I have learned from my fans just such an incredible love and support. Abby fans are incredible, they really are the best. I can’t imagine a fan group being any better than that.”

At this time, Perrette does not appear to have commented on the possibility of returning to NCIS.