Michele Morrone explains the true meaning of the initial tattoo, there is no new love involved

“AMS is dedicated to my sisters Angela, Margherita, Stefania. There is no need to create stories, “clarified the 365-day actor, silencing gossip with Polish actress Anna-Maria Sieklucka.

AMS. It was all too perfect to be true. An incredible coincidence or is Morrone preferring to keep his love story away from gossip? In any case, the actor wanted to silence any indiscretion about the mysterious tattoo. “I have never explained the meaning of AMS in my life,” Morrone writes via Instagram Stories. “But I know people like to create stories that are unfortunately not true. AMS is the tattoo that I have imprinted on my skin dedicated to my sisters Angela, Margherita, Stefania. There is no need to create stories “, he clarified. 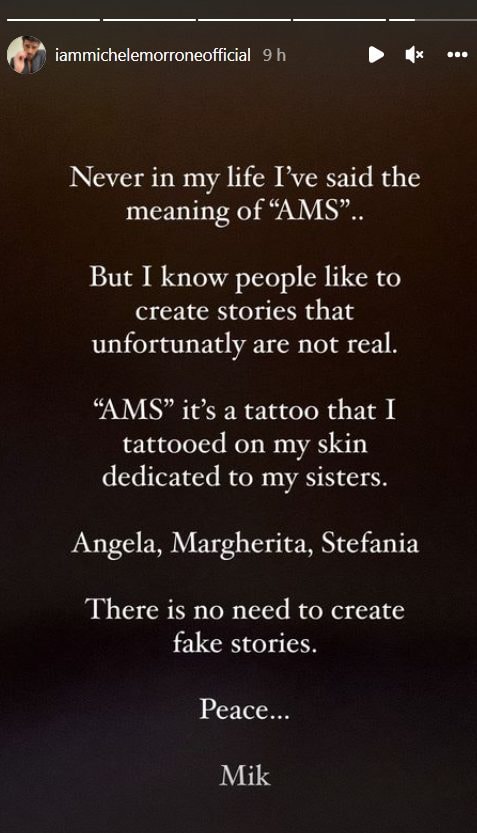 Shortly before, the actor had published a photo in the company of the dancer Elena D ’Amario, with whom he had a love affair. Backfire, or a simple friendship to throw off gossip? In the meantime, a shot appeared between his posts with the caption: “I’m alone”. Michel Morrone’s love life continues to be a mystery. There seems to be no concrete evidence that the actor is having an affair with his Polish colleague Sieklucka, with whom he shot hot scenes for the Netflix movie. Father of two children with the Lebanese designer Rouba Saadeh, Morrone had also been associated with a flirtation with Belen Rodriguez, with whom he had also had a small public confrontation. Last summer, a relationship was speculated between the 365-day star and Simone Susinna, with whom he shared the set of the second film. 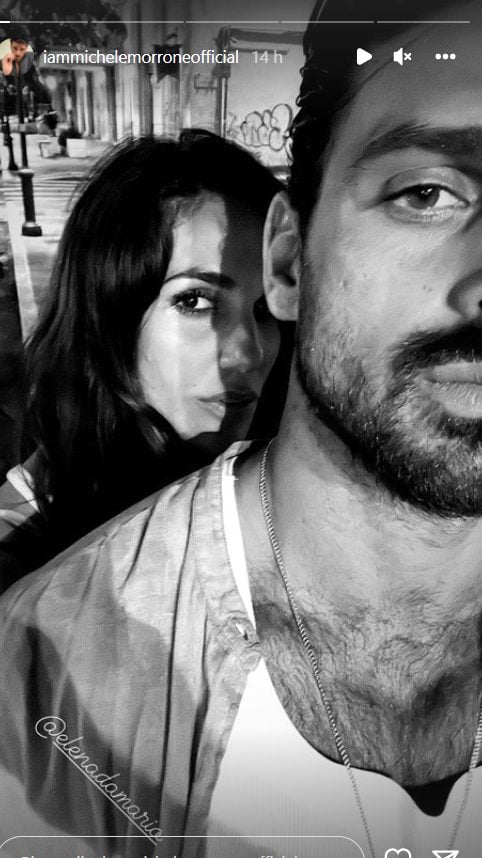