One thing we do know is that NCIS Season 20 is happening. Now we’re just waiting for the series to premiere its new season on CBS. When will that be? 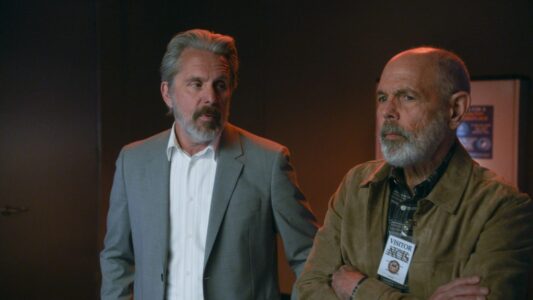 The NCIS Season 19 finale did not disappoint. It left us on a pretty major cliffhanger for Parker, who is on the run after Raven framed him for m****r. His ex-wife is somehow involved, and the team is trying to piece it all together.

It’s not just Parker we’re worried about, either. Torres went to a dark place after Gibbs left the team, and he is still somewhat in that dark spot. We need to see how all that is going to play out in the new season.

We have some bad news, though. The wait for NCIS Season 20 is on. This isn’t a series that’s going to premiere this month.

When will NCIS Season 20 premiere on CBS?

Just how long will we need to wait for the new season? Expect it to take about four months from the finale date. CBS hasn’t confirmed a premiere date just yet, but we can take some guesses.

What we do know is that the series will return in the fall. CBS has decided to keep it on Mondays at 9 p.m. ET/PT, leading into new episodes of NCIS: Hawaii. With a fall return, it means we’re looking at toward the end of September for the release date.

Most premiere dates happen during the last week of September. With that in mind, we’re looking at Monday, Sept. 26 for the NCIS Season 20 premiere.

Filming has to start first, though! We’re expecting filming to start sometime in July 2022, and we’re really hoping for a 24-episode season this year. We got close with Season 19, which ended on Episode 21. However, things have been hard since the pandemic and dealing with the on-off schedule so we’d really like a full season this year.