Technology can be fun. However, sometimes it can be downright creepy. This is exactly what NCIS star Brian Dietzen has discovered as the popular TV show’s Twitter page shares something unusual…and quite unsettling…to its Twitter page recently. 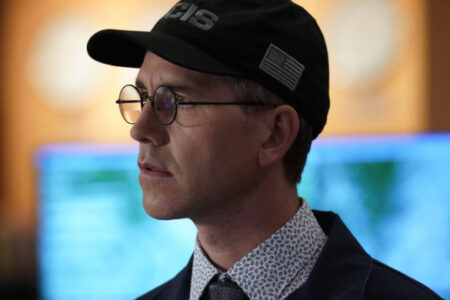 On Tuesday, June 14, the NCIS Twitter page asks fans “Ever wondered what some of the cast of #NCIS would look like exploring D.C.?” The message goes on to note that, if fans have, in fact, wondered about this, they are now covered.

The tweet then includes a series of photos showing blurry-faced characters as they stand in front of a variety of D.C. monuments. Something that is nothing short of “nightmare fuel” for Brian Dietzen, who portrays Jimmy Palmer in the series.

“Well this is some nightmare fuel,” the actor notes in the recent tweet, sharing the NCIS Twitter page’s unusual photo collage.

“I don’t… I don’t understand,” Dietzen quips in his post.

Well this is some nightmare fuel.

I don’t… I don’t understand. https://t.co/teaBkoCzSE

While sharing the post, NCIS star Brian Dietzen explores the series of photos included on the show’s official Twitter page. One photo, in particular, stands out to the NCIS star, it seems. This one features – the actor believes – Dietzen, who portrays Jimmy Palmer in the series, and his costar, Sean Murray, who portrays NCIS agent Timothy McGee. However, it is hard to tell who the people are supposed to be, especially since their faces are just a bunch of swirls.

Well this is some nightmare fuel.

I don’t… I don’t understand. https://t.co/teaBkoCzSE

“I’m GUESSING this is me next to “Sean” at the capitol?” the star says in the June 14 post. The pic has a unique look. One of the people has a swirly face that we can almost make out. However, many features are blurred and askew. The other figure, however, doesn’t have any perceptible facial features. Instead, this area features large swirls.

“I’m sorry @SeanHMurray,” the actor quips in his message. “I’m sorry for both of us.”
NCIS Tops Charts In Nielsen Ratings As Show’s 19th Season Comes To A Close

NCIS is among the longest-running TV shows to air in CBS’s primetime history. And, according to reports, the popular series is bringing in some big numbers for the 2021-2022 television season. Additionally, CBS is noted as being the most-watched network in primetime during the season. In total, CBS pulled in as many as 6.3 million viewers.

NCIS was named the most-watched scripted series of the season. However, there was a very slight dip amount the 18-49 viewers. Joining NCIS in popular CBS primetime shows are FBI, Blue Bloods, The Equalizer, Young Sheldon, 60 Minutes, and FBI: Most Wanted.