NCIS stalwart Brian Dietzen – who plays Jimmy Palmer in the CBS c****e drama – has taken aim at rival network NBC’s coverage of a major sporting event.Jimmy Palmer (played by Brian Dietzen) has regularly been providing his medical expertise and sharp humour to CBS viewers for years now on NCIS. And while the network is no stranger to an ad break during each episode of the formerly Mark Harmon-led c****e procedural, Dietzen has taken to Twitter to vent his frustrations at fellow channel NBC for its coverage of golf tournament, the US Open
This year’s tournament has thrown up a number of surprises for golf fans, none least Englishman Matt Fitzpatrick’s rise to the top of the leaderboard.

Heading into the final day, he’s tied with American golfer Will Zatoris in top spot while Northern Ireland’s Rory McIlroy clings on in tied seventh – three s****s off of the lead.

With a purse of $17.5 million up for grabs, a win for Fitzpatrick would go down in history.

However, while coverage in the UK is available on Sky Sports, NCIS legend Dietzen has been less than impressed with NBC’s job Stateside 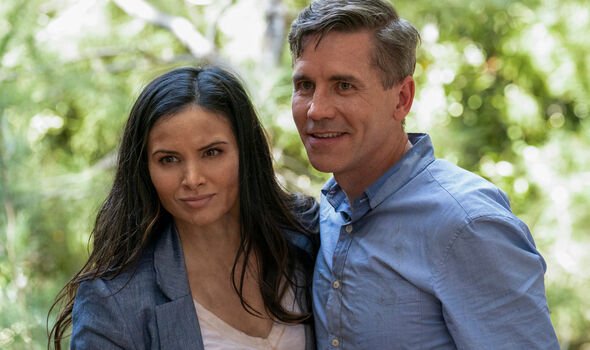 In view of his 208.3k followers, Dietzen tweeted: “Great storylines at the #USOpen2022…

“But the amount of commercials this year is absolutely insane,” he fumed.

Continuing his rant, Dietzen concluded: “Maybe 2 sh****s in the past 20 minutes? C’mon @NBCSports.”

The actor then shared a sarcastic gif of the cartoon character Spongebob Squarepants watching television with the caption: “Watching for the commercials.”

Great storylines at the #USOpen2022, but the amount of commercials this year is absolutely insane. Maybe 2 shots in the past 20 minutes? C’mon @NBCSports. pic.twitter.com/k6AKerKGdJ


And Dietzen isn’t alone as a number of golf fans have taken to the social media site to echo the actor’s fury.

Twitter user Ethan Carter said: “NBC has completely k*****d the US Open with commercials. This s**t is ridiculous.”

Rick Linehan agreed: “NBC’s broadcast of the US Open is ill-conceived. It’s a medley of commercials occasionally interrupted by a little golf.”

While @HeyJablome fumed: “@NBC is the worst station to ever broadcast a major.
“No coverage of the action going on in the field, just constant commercials and random fluff pieces. Why don’t you let us watch golf, a*****s? You’re ruining everything.”
And Jon Benne branded it “unwatchable” adding to the discussion: “NBC’s coverage of the US Open is straight-up unwatchable.

“Not just the endless commercials, but constantly skipping shots and cutting away to random segments during crucial moments. A terrible broadcast on every level.” (sic)

While Dietzen will be hoping the final day will run smoother, he’s also readying himself to film the 20th season of NCIS.
Alongside the likes of Wilmer Valderrama, Katrina Law, Sean Murray and Diona Reasonover, Dietzen will return for the milestone season on CBS.

And the NCIS universe is still as strong as ever seeing as NCIS Los Angeles has also banked a 14th season.

NCIS Hawaii will also return with a second season and there’s the not-so-small matter of a spin-off set in Sydney, Australia in the pipeline.

NCIS seasons 1-19 are available to stream on Paramount+ in the USA now. Season 19 continues Wednesdays on Disney+ in the UK.