Commercials are rarely the favorite part of TV viewing for anyone watching something on network television. 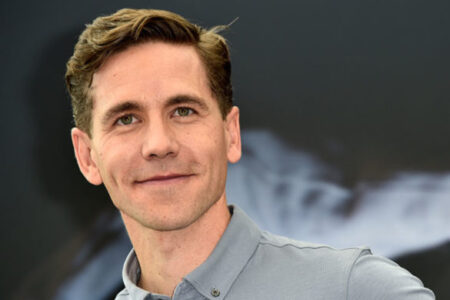 They can be especially annoying when trying to catch some live sports – such as the 2022 US Open. And, it seems, even the stars of some of our favorite network shows feel the same! Recently, NCIS star Brian Dietzen took to Twitter to share the frustrations he – and other golf fans – are feeling about the coverage of this year’s event.
NCIS’s Brian Dietzen Vents His Frustration Over NBC’s US Open Coverage

NCIS fans know Brian Dietzen well for his fan-favorite character, Jimmy Palmer on the hit CBS series. Dietzen’s Palmer is oftentimes a sort of comic relief in the series. He’s a memorable character with his always razor-sharp humor, even as he’s sharing some big-time medical expertise. However, there are some times when Palmer’s storylines get quite serious…and these episodes are some of the best in the series as it gives us a new perspective on the NCIS character.

Now, however, it is Dietzen who is getting serious – serious about golf, as he tries to catch the 2022 US Open. And, the actor tells his Twitter followers…he is not happy with this year’s coverage.

Recently, Dietzen has been sharing his frustrations over the coverage NBC has been providing for the event which took place in Brookline Massachusettes from June 13 through June 19 this year. His biggest issue, the NCIS star says, is the “insane” amount of commercials, coupled with the focus on the drama going on in the competition with an underdog flying to the top of the leaderboard; and a 17.5 million dollar purse at stake.
Brian Dietzen Was So Frustrated With US Open Coverage That He Needed SpongeBob To Help Share Put It To Words

In his June 18 Twitter post, NCIS star Brian Dietzen laments about the amount of time he spent waiting to see some action while watching the annual golf event. Sure, 18 holes of golf may take a few hours to play for some people, but not for the pros!

Great storylines at the #USOpen2022, but the amount of commercials this year is absolutely insane. Maybe 2 shots in the past 20 minutes? C’mon @NBCSports. pic.twitter.com/k6AKerKGdJ

The post includes a GIF of SpongeBob Squarepants snacking on some popcorn in front of his underwater TV, saying “watching for the commercials.”

“The amount of commercials this year is absolutely insane,” Dietzen continues in his tweet.