“NCIS” fans marked their calendars earlier this week when CBS announced their fall lineup and the premiere dates for everyone’s favorite shows. 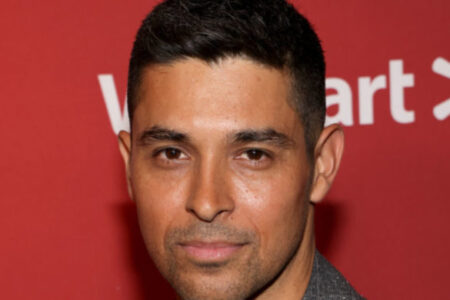 BEVERLY HILLS, CALIFORNIA – APRIL 20: Wilmer Valderrama attends ‘Raising Our Voices: Setting Hollywood’s Inclusion Agenda’ Inaugural Luncheon hosted by The Hollywood Reporter at The Maybourne Beverly Hills on April 20, 2022 in Beverly Hills, California. (Photo by David Livingston/Getty Images)
“NCIS” star Wilmer Valderrama also informed fans about the premiere date for Season 20 of the hit show earlier. He posted a photo with the show’s logo and its premiere date, Monday, September 19, superimposed over a picture of the Lincoln Memorial and Washington Monument.

The show’s set in Washington D.C., so it’s not a huge shock to fans to see images of the capital city in promotions. But this promo seems more important than most given what Valderrama said about it in the caption of the post.

By off-road, it sounds like the “NCIS” star is saying that the team won’t be operating out of its DC base much this season. Could we be seeing more crossover events between the flagship show and its spinoffs set in L.A. and Hawai’i? Or will the “NCIS” team just be following more cases around the U.S. in general?

We’ll have to wait until September 19 to find out. But in the comments of Valderrama’s post, many fans expressed how excited they are for the coming season.


“@WValderrama Wouldn’t miss it for anything! You all rock,” one fan said. Another person wrote, “Been there since S1 E1… see you in September.”

Earlier this week, “NCIS” star Wilmer Valderrama shared the heartbreaking news that his dad suffered a heart attack on Father’s Day. While his father seems to be on the mend, Valderrama opened up about the experience in a recent Instagram post.

“Fathers Day, I will remember as the day where my papa and I got another go at it,” Valderrama started off in his caption.

“Last Sunday, my dad suffered a major heart attack. While driving him to the ER, and keeping responsive and alert one thought came through my mind,” the “NCIS” star continued. “If this is our last day together… have I loved him hard enough? Have I hugged him and told him that he did it… that he gave his family everything? That I saw him sacrifice it all, JUST to give us the American Dream?”

Valderrama added, “You taught me to love people and never give up on them. To be of service, to give all of you knowing that sometimes it will leave you almost empty… then understanding that serendipitously made room for more blessings and light.. light that you share endlessly.”

The “NCIS” star took the time to thank the hospital staff and God for keeping his father alive. He ended his post with a message for fans.

“To those of you who still have your fathers or father figures, let them know… don’t let them go without giving them the peace of knowing they will be in your heart forever,” he said. “And for you who now have them as your guardian Angel, don’t forget to speak to them… their voice will be with you for the rest of your days.”