NCIS star Mark Harmon is so good at his job that he almost made fellow co-star Diona Reasonover forget that they were acting. 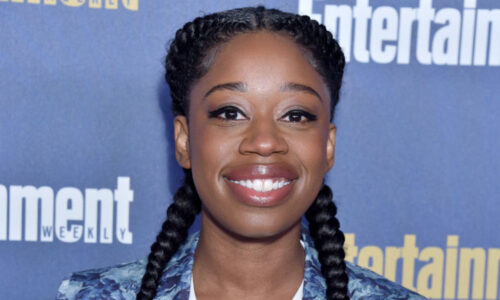 LOS ANGELES, CALIFORNIA – JANUARY 18: Diona Reasonover attends the Entertainment Weekly Pre-SAG Celebration at Chateau Marmont on January 18, 2020 in Los Angeles, California. (Photo by Gregg DeGuire/FilmMagic)
Harmon, of course, is the man that everyone knows as Special Agent in charge, Leroy Jethro Gibbs. He has been the main character on NCIS ever since the show first aired back in September of 2003. Prior to that, Harmon also made appearances in a number of other popular shows like JAG, and The West Wing. He even received a 2002 Emmy Award nomination for his work in the latter of those.

In any case, it’s safe to say that Mark Harmon is damn good at his job. He’s so good, in fact, that he leaves fellow co-star Diona Reasonover in awe at times. She sat down with Pop-Culturalist back in 2019 to talk about her time on the show. One of the topics she touches on is the relationships that her character has with the other characters on the show. The first two she mentions right off the bat are Brian Dietzen (the actor who plays Dr. Jimmy Palmer) and you guessed it — Mark Harmon.

“I love Kasie’s relationship with everyone,” Reasonover admitted. “It’s very fun to get to play with Brian Dietzen, who plays Jimmy Palmer. They have a really good friendship going.”
Mark Harmon Leaves Fellow ‘NCIS’ Star in Awe

Diona Reasonover is currently starring in Season 19 of NCIS. She replaced Abby Sciuto as the forensic scientist for the NCIS Major Case Response Team. Reasonover made her first appearance as Kasie Hines back in Season 15. She began as a graduate assistant under Dr. Mallard while he is taking time away writing his book.

Her character Kasie is very friendly. Reasonover explained how her character and Harmon’s Gibbs have built up a relationship over the past couple of years.

“I also love the relationship that Kasie and Gibbs have going,” she said. “Kasie is right there with Gibbs. She has an update for him. She’s truly proud to show him. It’s like a kid showing off. Those scenes are always so fun to do.”

Reasonover, 29, isn’t exactly new to the industry, but she certainly isn’t the seasoned vet that Mark Harmon is. As a result, she says there are certain moments that she just watches him and forgets that she’s supposed to be acting.

“Mark [Harmon] has such a cool and fascinating energy to watch on camera. There are certain moments when I’m watching him and I forget that I’m supposed to be acting.”

We can’t blame you there, Diona.

The next episode of NCIS will air on CBS on Monday night, November 8, 2021. In the meantime, we’ve got you covered with all of the extra content you need right here on Outsider.