Daniela Ruah, star of NCIS: Los Angeles, was born in Boston, Massachusetts, but spent the majority of her childhood in Portugal. Portugal, located on the Atlantic Ocean’s coast, is known for its salt air, pristine beaches, stunning countryside, and rich culture. Even though Daniela’s current home in Los Angeles, California, is near the coast, nothing compares to the magic of home. 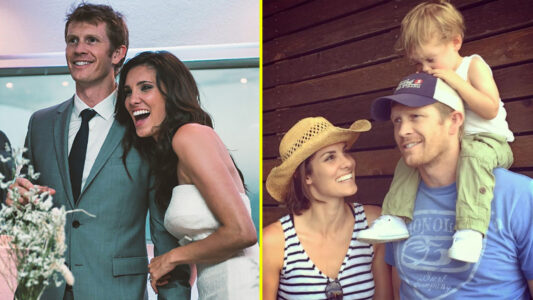 Daniela Ruah, her husband, and their two children recently traveled to Portugal to reconnect with her childhood home and spend time with her father. Daniela is already missing the warm breeze of the Atlantic now that her family has returned to California.

To commemorate the special trip, the NCIS: Los Angeles star created a montage of videos and photos from her time in Portugal, with the song “Hold Back the Sun” by The Lighthearts playing in the background. “I’m already missing home…” she wrote in the caption. “Beach where I grew up, day and night surfing, family, bbq, brunches… most importantly, dad!” Mom is in the process of relocating closer to us in Los Angeles. Idaho, your turn!”

Though Daniela Ruah’s passion for acting and her role on NCIS: Los Angeles is undeniable, she is equally passionate about her roles as a wife and mother. For many people, juggling full-time parenting and full-time work is an impossible task. After all, no one can be in two places at the same time. Daniela Ruah, on the other hand, sees it as just another day at the office.

Daniela’s time on NCIS began in 2009. So, when her son was born in 2014, she had already been Kensi Blye for five years and had no plans to retire. Instead, the producers of NCIS: Los Angeles agreed to let her bring her son to the set, making balancing parenting and acting far easier than it would have been otherwise.

“Our show has been very accommodating to me, and they have allowed me to bring my son to work,” she continued. “So now I get to spend the entire day with him.” In that sense, I am a full-time mother. Of course, I have someone there to assist me in caring for him because I can’t do it when I’m on set. But, in essence, I’m present in his day, you know, 24 hours a day, which is exactly what I’ve always wanted.”