Fans of NCIS are always looking for a good theory, plot hole, or prediction. Season 20 of the show has just been announced. Fans are ecstatic for a new season, and a recent Reddit thread reveals that they have been binge-watching previous seasons in the meantime. 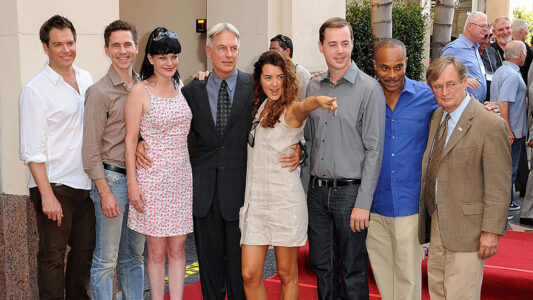 A Reddit user identified a possible plot hole in a popular NCIS Season 5 episode. “Bury Your D3ad,” the season premiere, is the episode in question. The episode first aired on September 25, 2007. Season 5 saw the departure of several recurring characters, including Jeanne Benoit and Colonel Hollis Mann. The d3ath of major character Jenny Shepard, however, is the season’s most memorable moment.

Jenny Shepard is at the center of the plot hole discussed by Reddit users. The first post in this thread by a user discusses how Shepard’s standoff with La Grenouille doesn’t add up. La Grenouille secretly removed the bullets from Shepard’s gun in the episode. Here’s why the original poster believes this NCIS scene is illogical:

“Director Jenny Shepard should have realized her Glock was unloaded as soon as she went to pick it up because the weight difference is noticeable.” Someone well-trained like a federal agent would have noticed in real life.”

Another user, “HugeRaspberry,” drew parallels between this scenario and the classic film D1e Hard. “Yeah, the old ‘d1e hard’ trick,” he remarked. Both Hans and Jenny would have noticed.”
Would Jenny Have Known..?

While the first two users on the thread were certain they had discovered a D1e Hard-style plot hole, other users were skeptical.

“I haven’t watched the episode but I am assuming if she is pulling her gun she is under some stress,” one user named “TopherBlake” wrote. Given that she is a Director, she probably qualifies once a year, maybe goes to the gun range once in a while, but she is far too busy to drill all the time, so I doubt she would notice.” “Yeah, at one time she had to train and was a field agent, but those skills are perishable, so I’m not sure this is a plot hole,” they added.

Another user responded by pointing out the weight difference to refute “TopherBlake.” “The whole balance is different when a gun is unloaded,” said one user. You simply cannot ignore it.”

Then another user chimed in with their thoughts. “How is that a plot hole?” they wondered. Even if she had realized it wasn’t loaded, it wouldn’t have made a difference. At best, it’s an insignificant oversight.”