NCIS fans are sending Wilmer Valderrama and his dad, Balvino, their best wishes after hearing about unfortunate family news. 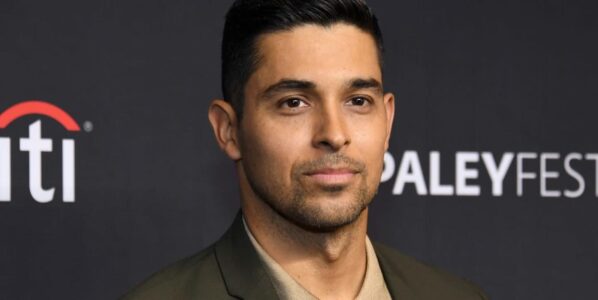 On June 23, the 70s Show alum revealed on Instagram that his dad had “suffered a major heart attack.” Thankfully, he’s now recovering from the medical incident. The experience prompted the Zorro actor to share a powerful message about his loved one, in which he opened up about what he was thinking in those heartbreaking moments.

“Fathers Day, I will remember as the day where my papa and I got another go at it,” he wrote in part alongside a photo of him and Balvino in the hospital. “While driving him to the ER, and keeping [him] responsive and alert, one thought came through my mind, if this is our last day together.. have I loved him hard enough, have I hugged him and told him that he did it.. that he gave his family everything.. that I saw him sacrifice it all, JUST to give us the American Dream..


Wilmer continued: “You taught me to love people and never give up on them. To be of service, to give all of you knowing that sometimes it will leave you almost empty.. then understanding that serendipitously made room for more blessings and light.. light that you share endlessly.”

“Thank you, God for letting us all have him for one more run, and to the hospitals that saved him,” he concluded. “I am beyond grateful and in awe of your care and the miracles you help god deliver. Te amo papi, and thank you for fighting to stay.”


NCIS fans also showed their support for Wilmer and his dad with heartfelt messages. “Sending so much love. This is a beautiful post and I’m so happy your dad fought through ❤️,” one person wrote. “So glad your dad is okay! I am sending prayers as well as lots of love, strength and healing, good vibes to him and you 💙,” another added.

Wilmer previously spoke to Good Housekeeping about how much family means to him. The Miami native was born to his Venezuelan dad and Colombian mom Sobeida.

“I made a very strong point to not be very far from my mother or father,” he told us about his parents, who are also his neighbors. “I was really taught that we all kind of stick together out here because we don’t really know anyone. My mom is still making arepas every morning and empanadas every weekend … Having that next door, because I bought my mom a house next to me, it’s the biggest gift.”