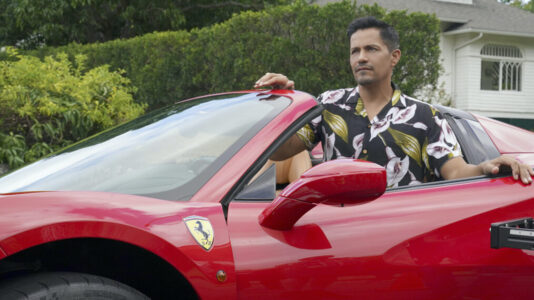 Magnum P.I. has been saved! NBC has ordered 20 new episodes of the Jay Hernandez-starring drama after CBS canceled the series last month.

According to Deadline, the 20 episodes will be divided into two seasons, bringing the reboot’s run to 96 episodes, with an option for more. The clock was running out on the action drama, with CBS Studios, which co-produces the series with Universal TV, not extending the options on the cast, which were set to expire at the end of Thursday, June 30.

However, with NBC agreeing to pick up the series, cast members are now signing on and finalizing deals to return for the upcoming seasons. In addition to Hernandez, the show also stars Perdita Weeks, Zachary Knighton, Stephen Hill, Tim Kang, and Amy Hill.

Showrunner Eric Guggenheim is expected to return, alongside executive producers Justin Lin, John Davis, and John Fox. According to Deadline, the series will continue to be a co-production between Universal TV and CBS Studios.

Magnum P.I. debuted in 2018 as a reboot of the popular 1980s drama created by Donald P. Bellisario and Glen A. Larson that starred Tom Selleck. It revolves around Thomas Magnum (Hernandez), a former Navy SEAL who, after returning home from Afghanistan, moves to Hawaii, where he solves crimes as a private investigator.

Ranking the Likelihood of ‘Magnum P.I.’ & More Canceled Shows Being Saved
There’s already talk of NBC or USA rescuing ‘Magnum,’ but which other shows might see a similar fate?

CBS canceled the series back in May after a four-season run, despite being a Top 25 show in total viewers. As reported by Deadline, the show is believed to be the most-watched broadcast series to get the chop this past upfront season.